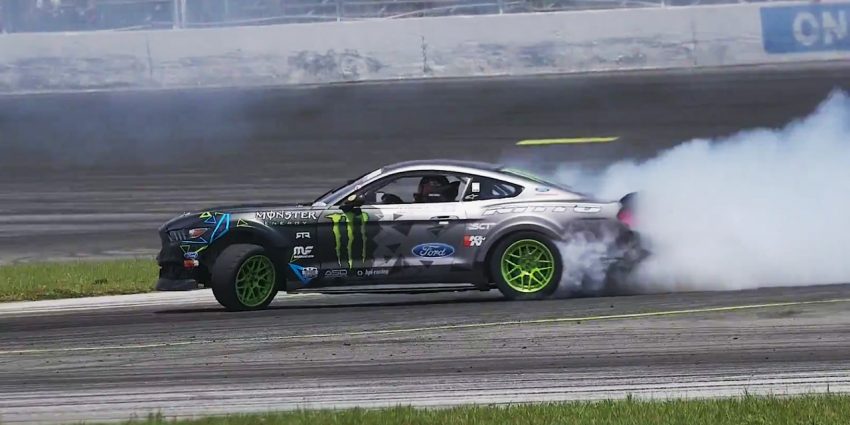 Vaughn Gittin Jr. continues to battle it out in the 2016 Formula Drift championship in his competition-spec Ford Mustang RTR, having just completed Round 3 in Orlando, Florida over the weekend.

You can watch a quick video recap of Vaughn Gittin Jr.’s performance in Round 3 above, courtesy of Ford Performance.

Sadly, the pro drifter and his Ford Mustang RTR didn’t achieve the same level of success in Orlando as in the previous Atlanta round of the season, where Vaughn Gittin Jr. won last month. After delivering the No. 1 qualifying run on June 4th, Gittin had difficulty battling Jhonnattan Castro in the second round when the track’s slipperiness caused his Ford Mustang RTR to lose too much traction, creating a gap that he wasn’t able to close.

Despite that Vaughn Gittin Jr. was eliminated from the Orlando round without making it to the final round, the driver managed to earn 39 points from the event – enough to put him in second place in the championship standings. He and his Ford Mustang RTR will be back June 17th through the 18th to duke it out in Wall Township, New Jersey.