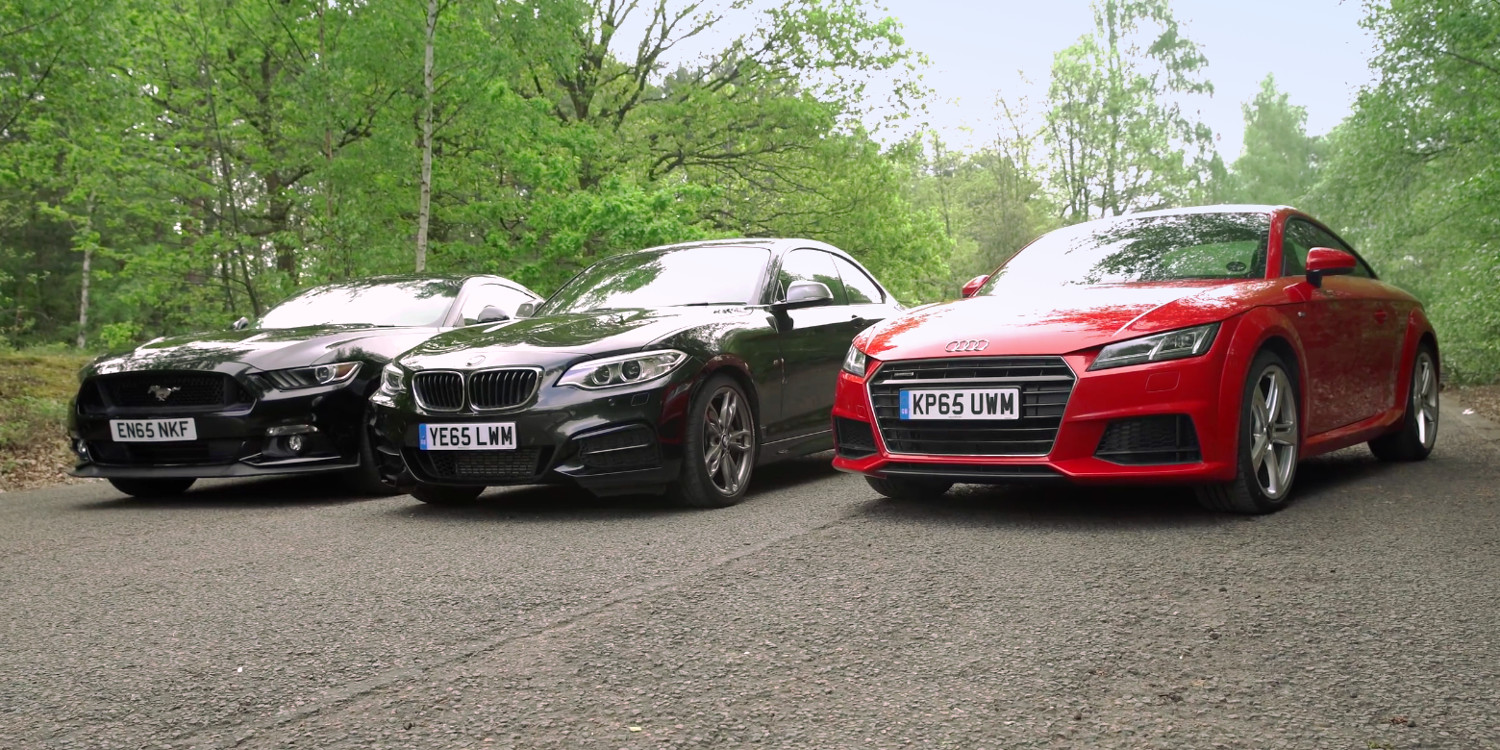 With its new, independent-rear suspension configuration and factory right-hand drive option, the sixth-generation Ford Mustang is perhaps the first American pony car so well-poised to go toe-to-toe with Europe’s finest sports coupes. In this video comparison from Carwow, the 2016 Ford Mustang GT attempts to outgun two such cars: the BMW M235i, and the Audi TT.

The Ford Mustang GT wins hands-down in the power department, with its 5.0-liter Coyote V8 churning out 415 horsepower and 390 lb-ft in its European guise. The BMW M235i is a rather distant second with 326 HP / 330 lb-ft, while the Audi TT makes do with a mere 230 HP / 270 lb-ft. That said, the Audi features a Quattro all-wheel drive system, and both it and the BMW in this test have dual-clutch transmissions, which allow for faster gear-changes. The Ford Mustang tested rocks a 6-speed manual gearbox, with only a (conventional) 6-speed planetary automatic on offer besides.

Of course, Carwow looks at plenty apart from raw performance in this video comparison, including interior quality and layout, liveability, and looks. Can the Ford Mustang GT score high enough in all these marks to be named the “best sports coupe” of the bunch? Watch to find out.