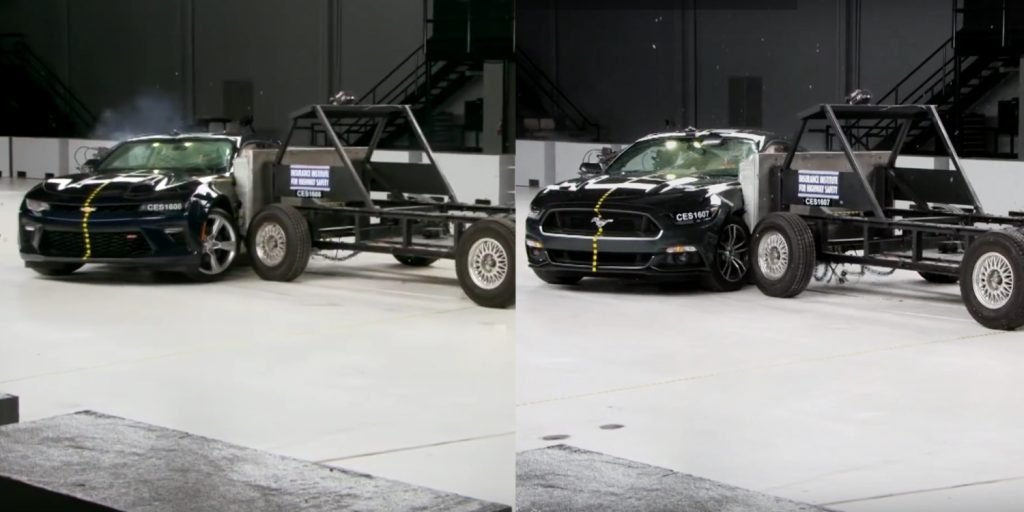 But how about each car’s resilience in the event of a crash? For that, we turn to YouTube channel Better Car, who’s recorded side-impact crash tests of each pony car for our entertainment — erm, “education.” Using a weighted, high-speed cart, and propelling it straight into the driver’s side B-pillar of each, the Ford Mustang and the Chevrolet Camaro, slow-motion camera footage can tell us a lot about what to expect in the unfortunate event that one is T-boned by an oncoming vehicle.

So what does the footage tell us? Subjectively, the new Camaro appears to withstand a high-speed battering ram straight to the B-pillar better than the latest Mustang, but not by much. Both pony cars come out on the other side of this test looking more-or-less like cars. Footage recorded from within each cockpit suggests that you’re likely to suffer whiplash in either vehicle, but the head-snapping forces look to be a bit higher in the Mustang.

Be sure to check out the side-by-side pony car side-impact crash test video above.