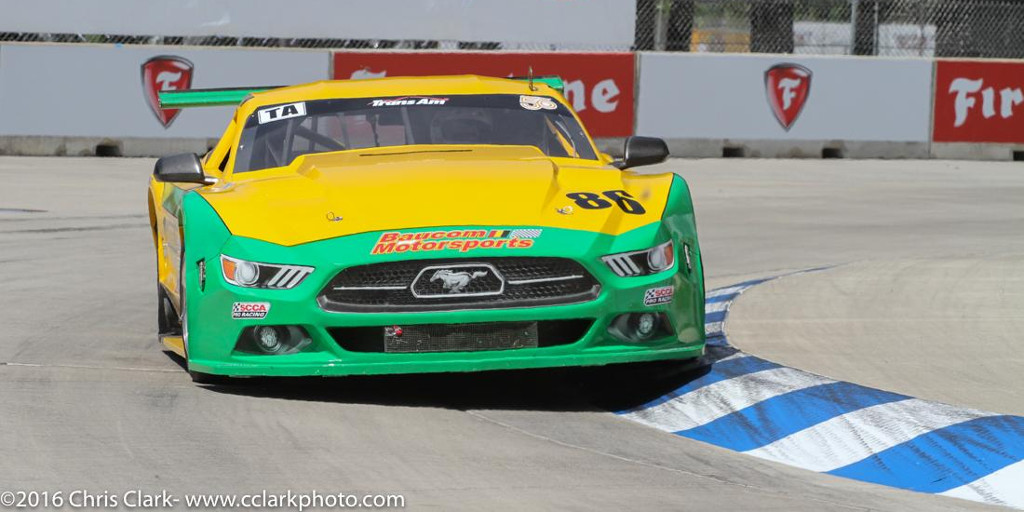 Last weekend’s Detroit Belle Isle Grand Prix played host to a duo of races in the 2016 Trans Am Series, with the Ford Mustang proving to be the car to beat in the production-based TA4 class after taking both first and second place in the first race Saturday.

The Ford Mustang enjoyed still more success in Sunday’s Trans Am race No. 2, with John Baucom winning the event outright in the No. 86 Roadraceparts.com / Baucom Motorsports Ford Mustang from the the top-tier TA class. TA is the Trans Am Series’ highest-performance competitive class, featuring cars built on tube frame chassis with 850-horsepower engines.

In the closer-to-production TA4 class, the Ford Mustang was edged out of a consecutive class win by the No. 98 Beta Tools / Liquid Performance Chevrolet Camaro. Ford’s lauded pony car did manage to fill the rest of the podium, however, with the No. 52 Picture Cars East Ford Mustang finishing second in-class in the hands of Dean Martin, and Craig Capaldi piloting the No. 8 Wolverine Bronze / Ford Performance Ford Mustang to third.

The next event on the Trans Am Series calendar occurs June 10th through the 12th at New Jersey Motorsports Park.