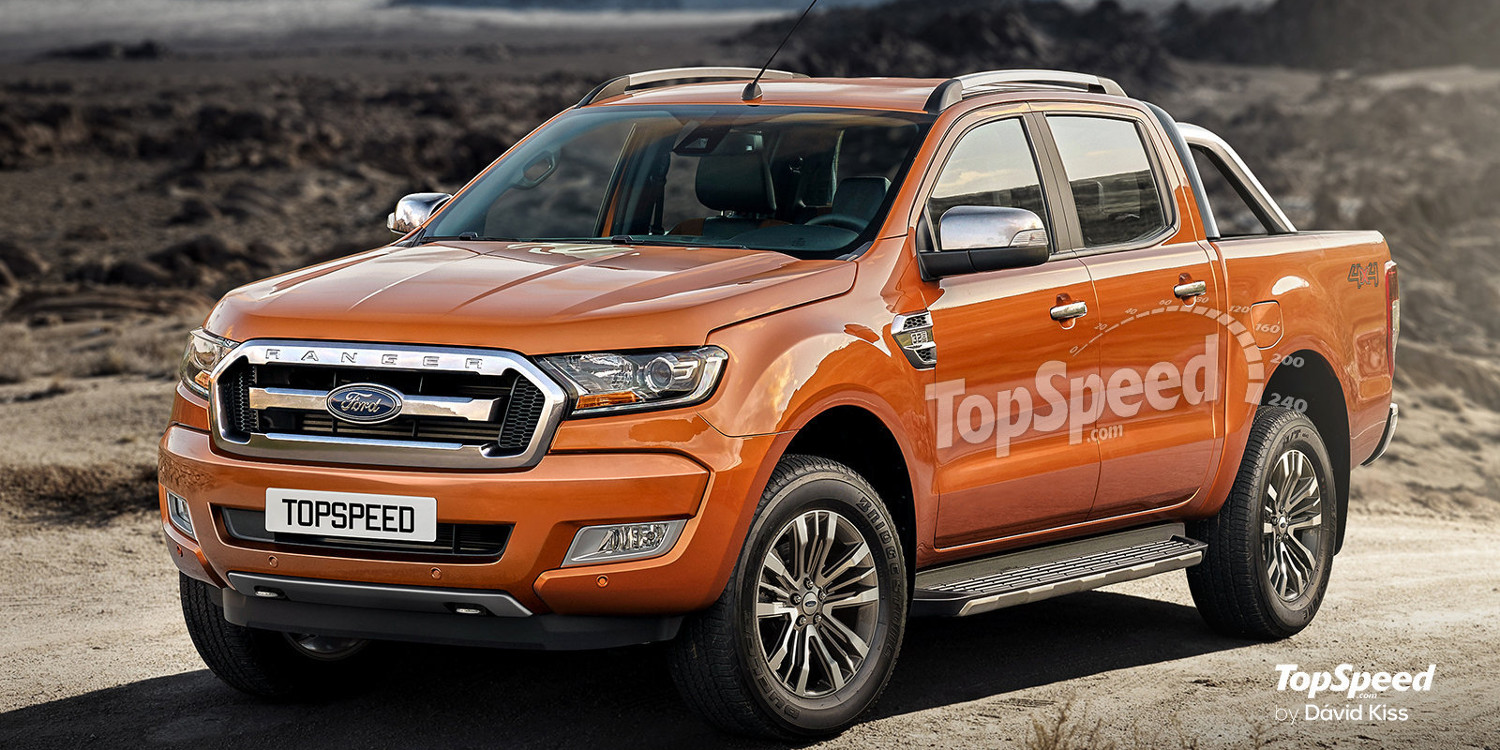 By now, it’s practically a foregone conclusion that the Ford Ranger mid-size pickup will indeed be returning to the US market in the near future, possibly in time for the 2018 or 2019 model year.

As such, some outlets have started to weigh-in on what we might expect from the mid-size pickup truck as it reenters North America after years of absence, including Top Speed. Their rendering of a 2018 Ford Ranger in crew cab configuration can be seen above.

The rendering depicts a mid-size pickup that remains very much the same in appearance as the current global model. Seeing as the appearance of the T6 Ford Ranger is already markedly different from the last mid-size Ford pickup sold in North America, the automaker could theoretically bring it back into the US market without too many changes. Top Speed says that Ford would do well to bring all three existing cab configurations to the US – regular, extended, and crew – as it could give the automaker a monopoly on regular cab-configuration mid-size trucks, as well as appealing to commercial buyers.

The Ford Ranger’s overall shape and structure might very well remain unchanged from the current global model; the only place we might expect to see any obvious changes is the front fascia, where a new grille, headlights, and bumper are all plausible. Top Speed suspects that different grille and headlight designs might differentiate the higher trim levels from the lower ones, much like the F-150. The outlet has left the big “sport bars” intact in this rendering, connecting the sides of the bed to the rear of the cabin. Those may or may not make it stateside.

As for powertrains, Top Speed expects the next North American Ford Ranger to retain only the 3.2-liter Powerstroke diesel I5 from its current range of options. The engine makes 185 horsepower and 350 lb-ft of torque in the US Transit van, and could likely be massaged to match the 181 horsepower and 369 lb-ft of the Chevy Colorado’s 2.8L diesel. Petrol options might include Ford’s 2.3-liter EcoBoost I4 (280 HP, 310 lb-ft in the Explorer), and the 2.7-liter EcoBoost V6 (325 HP, 375 lb-ft in the F-150), according to Top Speed, although we’d be surprised not to see a normally-aspirated option make the cut.

The US-market 2018/2019 Ford Ranger is expected to replace the Focus and C-MAX at the Michigan Assembly Plant sometime soon, possibly bringing a new Bronco SUV with it. Stay tuned for more as it develops, and be sure to visit Top Speed for an even more in-depth look at the next US-spec Ford Ranger.