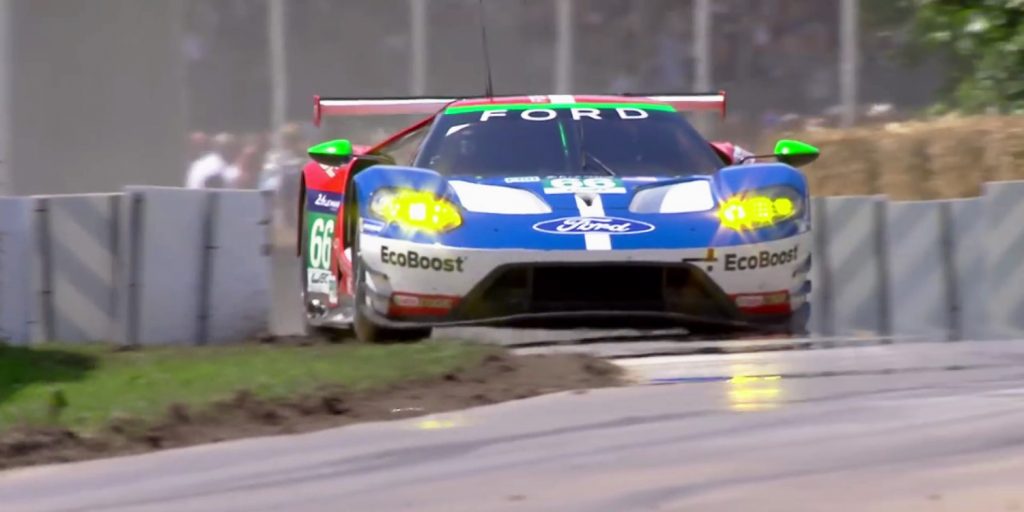 In case you missed it, Ford Europe released a video of the No. 66 Ford GT race car participating in last week’s hillclimb at the 24th annual Goodwood Festival of Speed.

If you haven’t yet heard a properly good recording of the new Ford GT’s 3.5-liter, twin-turbo V6, this might be the clip for you.

Making the audio portion of this video all the better are the shots from within the cockpit of the Ford GT race car, where the intoxicating whine of straight-cut gears is very prominent. The car is being driven here by Marino Franchitti, who was in the No. 67 car at this year’s 24 Hours of Le Mans. Ford also brought the Le Mans-winning No. 68 Ford GT out to the Goodwood Festival, with Dirk Müller at the wheel.

The next race on the FIA World Endurance Championship calendar is the 6 Hours of Nürburgring, on July 17th. Before then, the Ford GT will make its way to the Sahlen’s 6 Hours of The Glen on July 3rd and the Mobil 1 SportsCar Grand Prix on July 10th, both part of the 2016 IMSA WeatherTech SportsCar Championship season. We’ll report results from each of these races right here on FordAuthority.com.