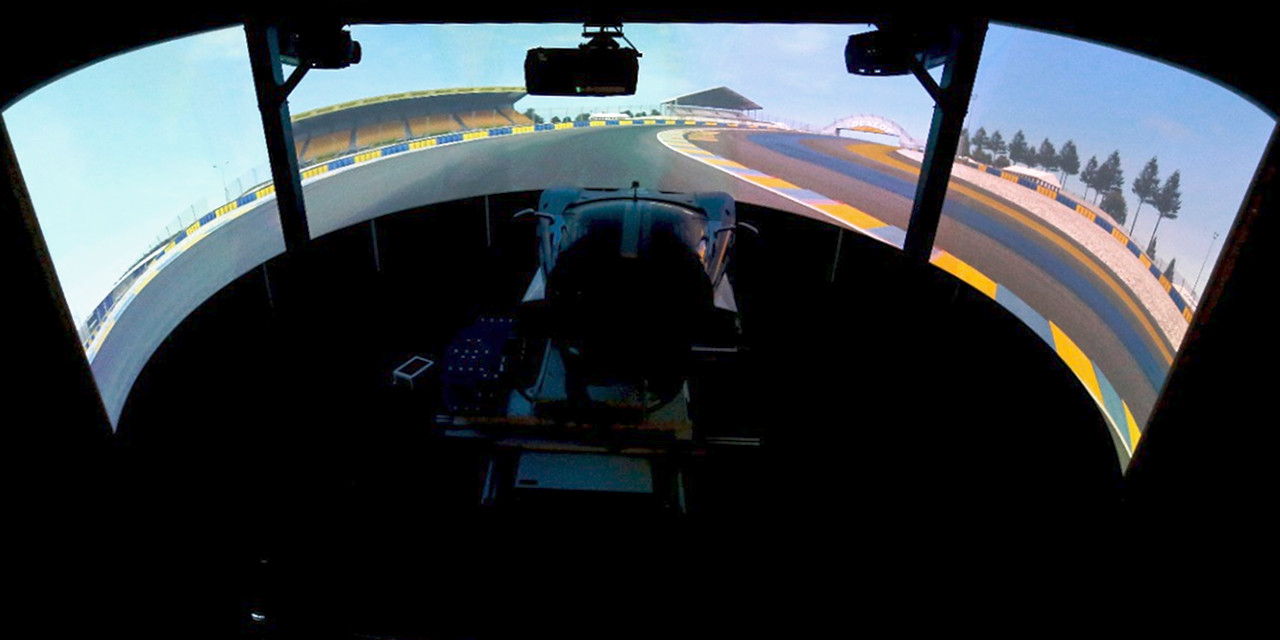 As the new Ford GT race car makes its way through the 2016 FIA World Endurance Championship calendar, the next event on the schedule is a big one: the 24 Hours of Le Mans.

To prepare for the legendary 24-hour race at the Circuit de la Sarthe, the Ford GT team keeps a cutting-edge simulator at the Ford Technical Support Center in Concord, North Carolina. It features an immersive wrap-around display, and a full-motion platform to simulate the sort of forces that might be felt in the real world.

Using the simulator, the Ford GT racing team is able to get a lot of experience driving the car (virtually) at whatever road course is next on the schedule. “It’s all about immersion,” says Ford GT driver Joey Hand. “When you can see out of your peripheral, you still see the same things going by. It’s as real as you can get, sitting in a room like this. When you’re trying to put the lap down, you’re huffing and puffing. It’s amazing how sweaty you can get going nowhere.”