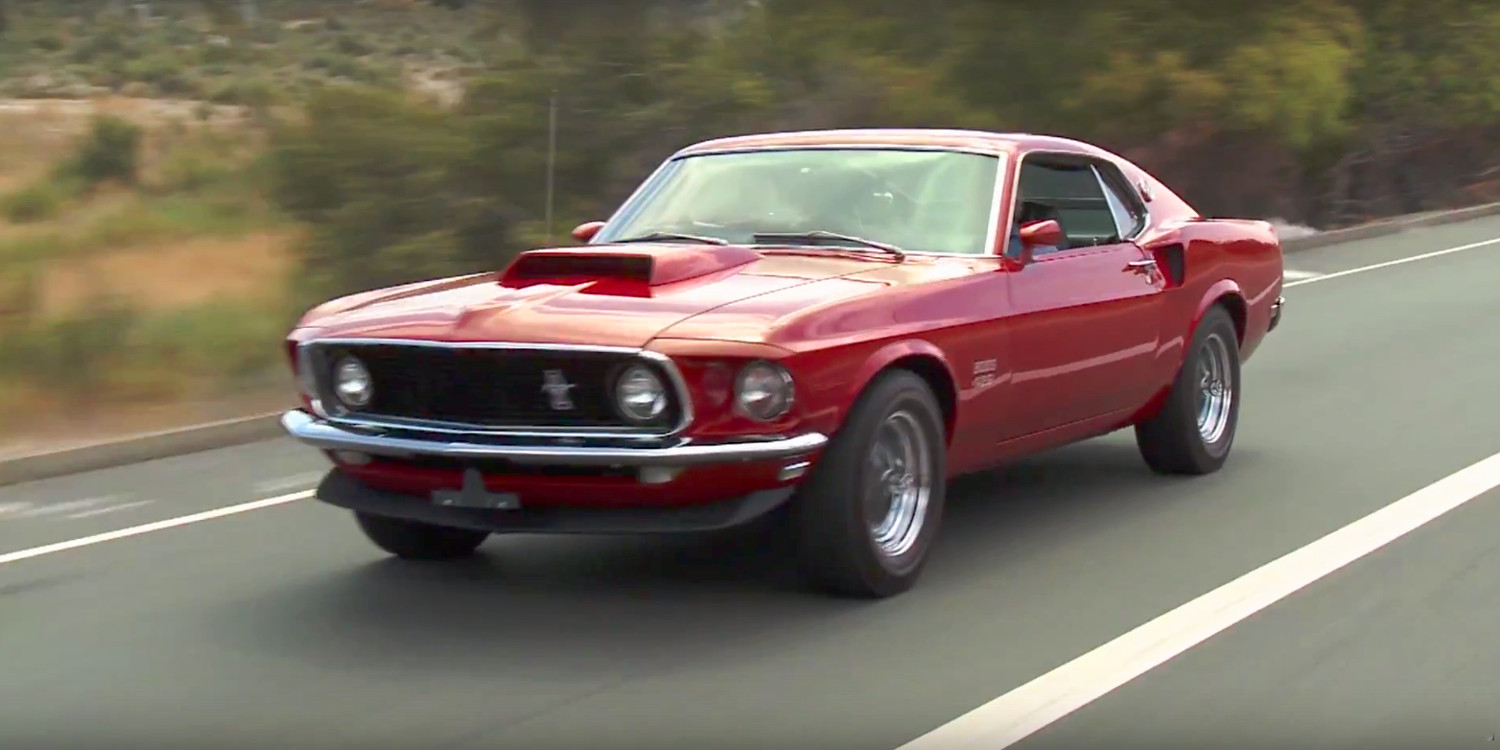 A new episode of Jay Leno’s Garage was released over the weekend, allowing us to revel in the glory of one of Ford Motor Company’s rarest high-performance pony cars: the Ford Mustang Boss 429.

Produced from 1969 to 1970 in limited numbers, the Mustang Boss 429 was essentially built simply to help meet NASCAR homologation rules for the 429-cubic-inch V8. The engine was rated at just 375 horsepower, although evidence suggests that this was a laughably conservative estimate. Because of the powerplant’s sheer physical size, construction of each Ford Mustang Boss 429 was delegated to the Kar Kraft skunkworks team. Kar Kraft had to relocate the shock towers and shrink the inner fenders in order to accommodate the big, 7.0-liter powerplant.

The Mustang Boss 429 which stops by Jay’s garage in this episode is a 1969 model that’s been fully restored by Anghel Restorations out of Scottsdale, Arizona. Marcus Anghel stops by to give us the guided tour, explaining some of the finer points of an absolutely meticulous, showroom restoration. He even sourced and installed an original smog system for the engine – something that, according to Mr. Leno, was the first thing a buyer was supposed to remove and throw away after taking delivery in 1969 or 1970.

You can watch the full latest episode of Jay Leno’s Garage above.