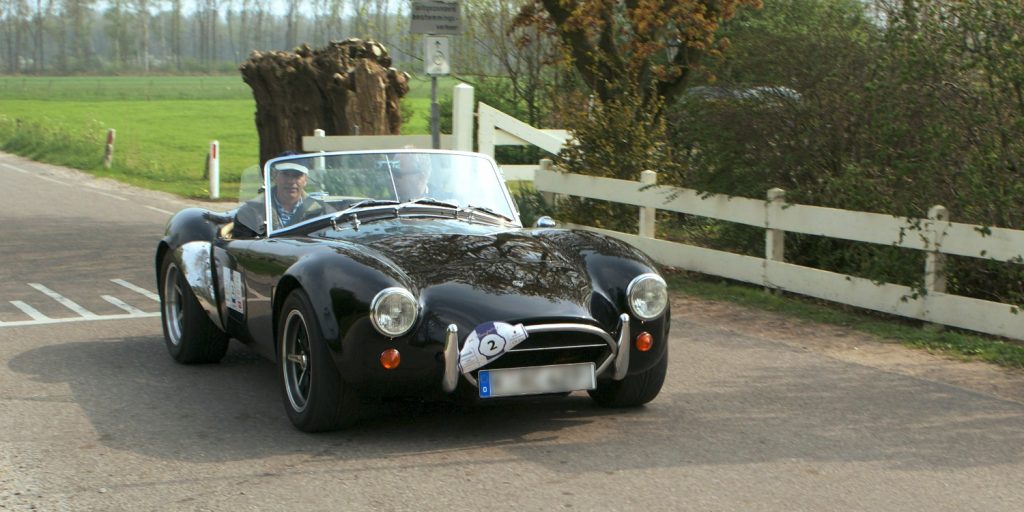 Every Saturday this summer is Cars & Coffee at the Lingenfelter Northern Facility in Wixom, Michigan, where you can turn up in whatever prized chariot you most fawn over, wiping obsessively with a clean rag whenever the mood strikes, and meet with other folks attending with their prized chariots, which they fawn over and likely wipe obsessively with rags of varying degrees of cleanliness.

However, next Saturday, June 11th, is an especially important event on the Lingenfelter Cars & Coffee calendar: Cobra Day.

“Cobra Day,” we can only assume, is a celebration of the Ford V8-powered Shelby/AC Cobra roadster that made such a splash on the road and the track throughout the 1960s. The Cobra roadster ended up spawning the Shelby Cobra Daytona coupe after the former’s aerodynamic drag proved to be a limiting factor on racing courses with long straightaways, such as the Le Mans Circuit de la Sarthe. We wouldn’t be surprised to see a few (replica) Daytonas turn up, alongside examples of the open-top original.

Lingenfelter Performance Engineering is a name mostly synonymous with high-performance Chevy Corvettes and Camaros, so it may seem odd that the facility would host an event centered around a Ford-powered performance car. But at the end of the day, company owner and avid collector Ken Lingenfelter is simply an enthusiast like the rest of us, and any knowledgeable enthusiast has to concede that the Shelby Cobra was a game-changing performance machine when it first arrived in 1962 – even if it was a direct competitor to the cars he spends all his time tuning.

Be sure to check out the event info on Facebook.