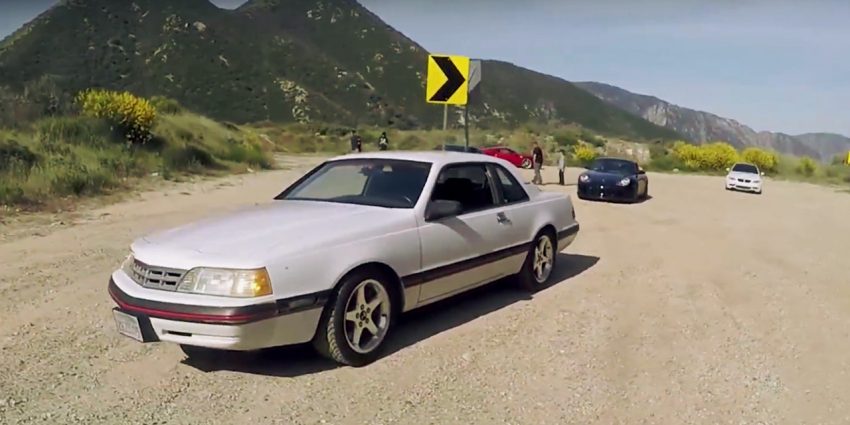 The Smoking Tire‘s “One Take” series on YouTube is rather like the answer to Regular Car Reviews, in a sense; while in the latter, our host drives and reviews some of the most banal and, well, “regular” past cars available, “One Take” host Matt Farah tackles some of the most interesting, oddball modified cars one can imagine.

In the most recent episode, for example, Mr. Farah drives a modified 1988 Ford Thunderbird with a 2001 Mustang Cobra suspension swap – including the independent-rear.

Built on the famous Fox platform, the 1988 Ford Thunderbird represented the final year of the ninth-generation model. It was available only as a two-door coupe, with a front-engine, rear-wheel drive layout. This example started off with a 5.0-liter Windsor V8 and an automatic transmission, before the latter was ditched in favor of a T-5 manual. As we’ve said, it rides on the suspension from a Mustang Cobra – the first production Mustang to feature an independent-rear design, starting in 1999.

This well-modified Ford Thunderbird also takes its brakes from the aforementioned Cobra.

The ninth-generation Ford Thunderbird was a bit of a departure from earlier iterations, featuring a shorter wheelbase, lower curb weight, and a sleeker, more aerodynamically-efficient design. Learn more about this oddball car and the man who built it in the video above.