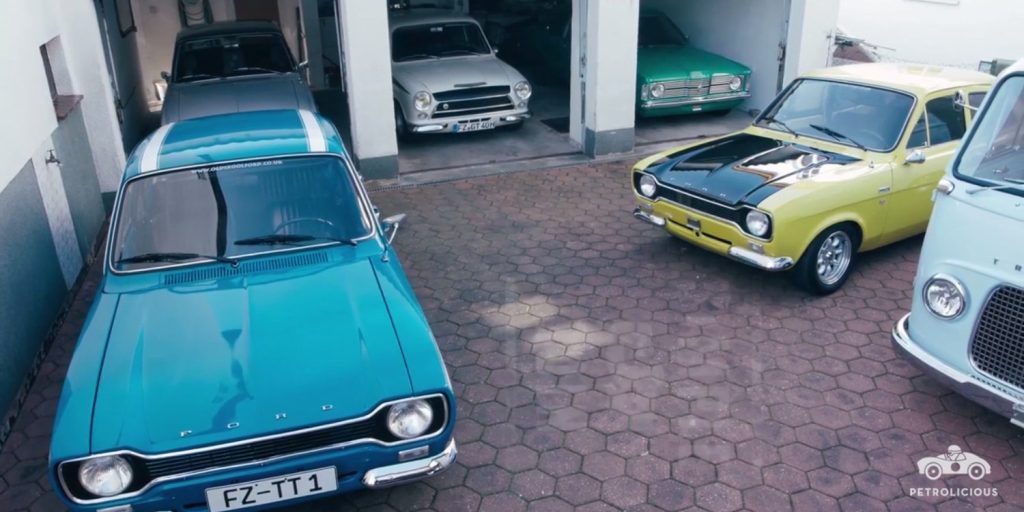 There are perhaps more than enough tactless car enthusiasts in the world who go and spoil classics with unoriginal rims, stances, badges, and so on.

German Ford collector Thorsten Seitz, by contrast, is cut from a different cloth. He was profiled in Petrolicious‘ latest video piece, and unlike most enthusiasts, he prefers stock-appearance base models and rudimentary Ford economy cars to some of the sportier trims. His Ford Cortina, restored and modified to resemble the higher-performance Lotus Cortina model, stands out as a bit of an exception.

As always, Petrolicious‘ photography in this profile of a German Ford collector is positively stunning, infused with a delectable color palette and pleasing natural lighting. The photography is so good, in fact, that Petrolicious could probably sell us on just about any collector’s aesthetic choices. Even still, there is something to be said about a man who prizes the simple cleanness of Ford economy cars, and who devotes so much of his effort to preserving their original appearance when so few others would bother.

Thorsten Seitz isn’t so much a classic Ford collector as he is the curator of a private collection – a caretaker of some of Ford’s most forlorn models. Check it out.