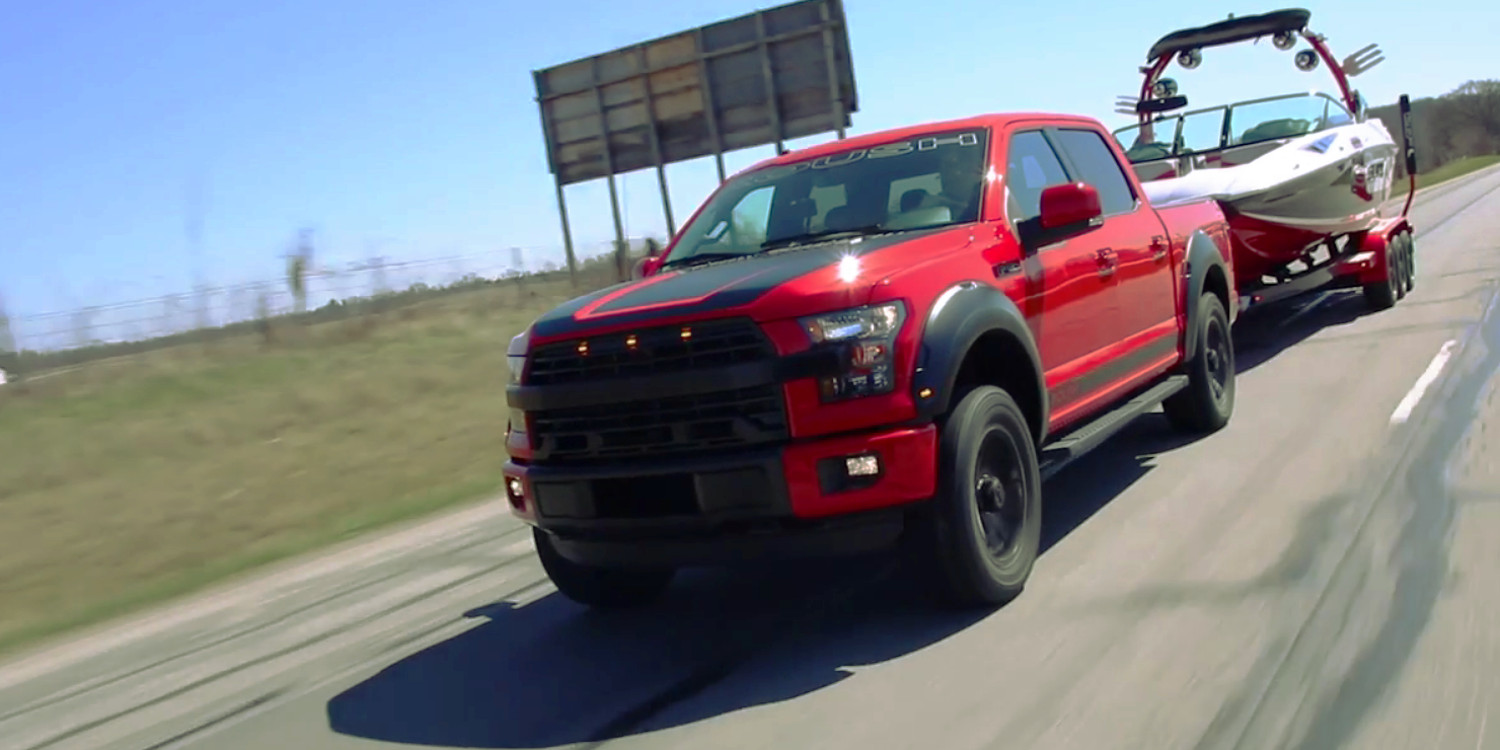 NASCAR driver Bubba Wallace has been featured in video content from Roush Performance at least once before; back in May, he showed off his own, personal Ford F-150 SC by Roush as it carved its way through dirt, mud, and grass.

Now, Mr. Wallace is back for another, more in-depth look at the Roush Ford F-150 SC, this time on paved roads. In it, he waxes poetic about the supercharged, 600-horsepower Coyote V8, and seems taken with how well the truck rides and handles with its Roush/Fox 2.0 Performance Series suspension and Mickey Thompson knobby tires. And then, there’s his obvious affinity for the appearance, which is elevated above that of the factory Ford F-150 by black vinyl graphics, a unique Roush front grille and fender extensions, Roush badges and decals, and plenty more.

“It’s a lot of fun, you know? It’s a lot of power. You can just get on it at any moment,” Bubba Wallace says of the Roush Ford F-150 SC. “It’s just a great combination put together by everybody at Ford and at Roush Performance – to come up with this project, to make it a successful one. I’m a huge fan of it.”