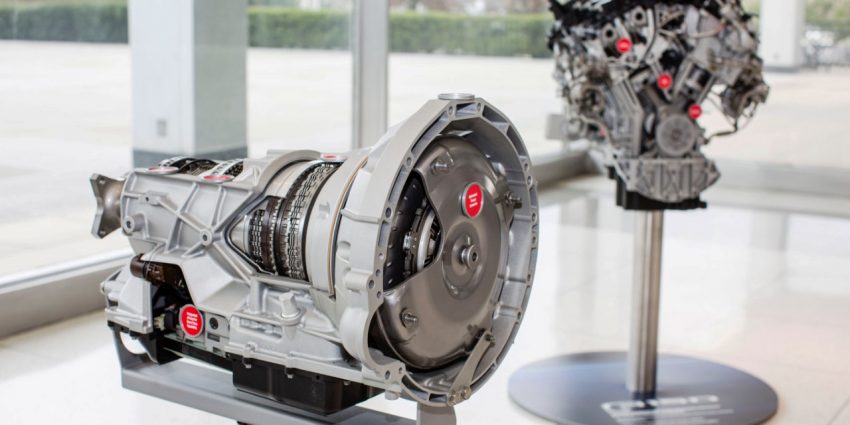 When the 2017 Ford F-150 with 3.5-liter EcoBoost V6 launches later this year, buyers will have access to the first volume-production 10-speed automatic transmission ever offered.

The Ford F-150’s new 10-speed automatic – developed jointly with General Motors – promises to deliver improved acceleration and fuel economy, thanks to the wide span of ratios offered. It features six underdrive speeds, a direct-drive speed, and three overdrive ratios. This means that no matter the scenario, there is always a gear available that’s optimized for the task – whether you’re towing, hauling, or just getting around town. Low-drag design measures and an attention to weight-savings mean that you don’t have to sacrifice much compared to a conventional 8-speed.

Further boosting performance is a smart shift-logic system, which monitors more than a dozen powertrain and driver-input signals at all times, making sure that the 10-speed automatic is always in the right gear. And remember: every EcoBoost-powered Ford F-150 is gaining Auto Start-Stop for the 2017 model year. That should help bolster fuel economy even further, and an integrated pump on the transmission will keep fluid circulating for a seamless restart.

The Ford F-150’s new 10-speed automatic will be built at the Livonia Transmission Plant in Michigan, bringing an investment of $1.4 billion to the plant, and helping to create or retain some 500 hourly jobs.