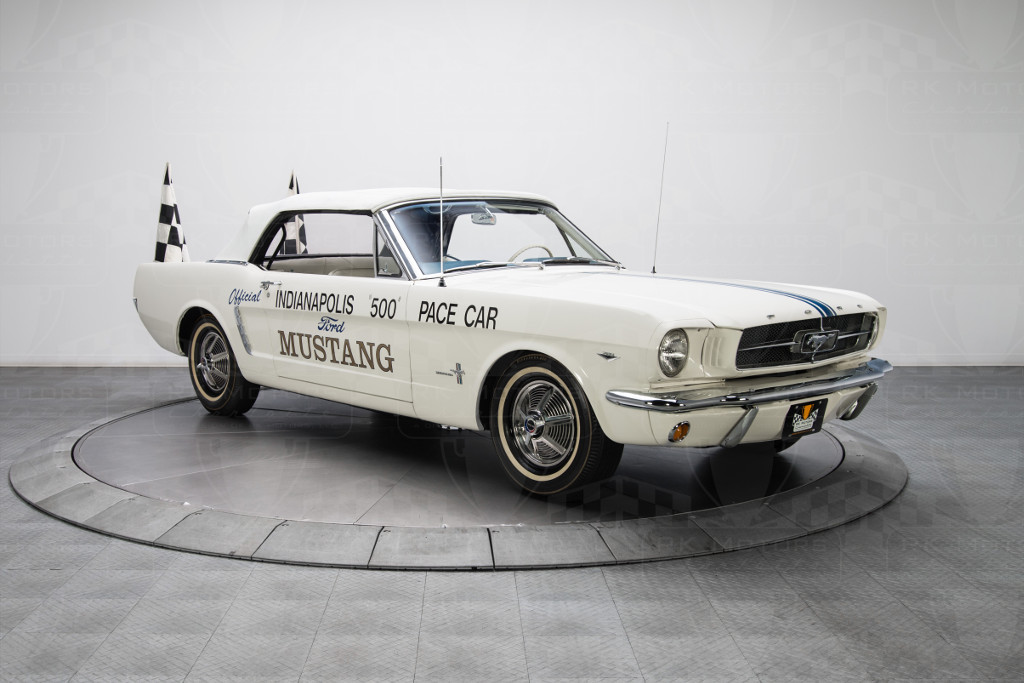 Back in May of this year, we reported that the first-ever Ford Mustang pace car – a 289-powered white convertible from 1964 1/2 – was up for sale by RK Motors out of Charlotte, North Carolina. It’s reportedly 95-percent original, even retaining the requisite chrome flag stanchions and two-way Motorola radio from its world debut at the 1964 Indy 500.

The price for such originality: a somewhat hard-to-swallow $1.1 million.

Unbeknownst to us back in May, it turns out that this 1964.5 Ford Mustang pace car has been around for a while; Car and Driver reports that this unique piece of motoring history has been listed on eBay with the same $1.1 million price tag for over a year. The outlet even checked-in with classic-car restorer Wayne Carini, who works with RK Motors Charlotte, to make sure that the aforementioned Ford Mustang Indy 500 pace car is genuine.

Rest assured: it is.

Perhaps it’s a case of big-dollar classic-car buyers tending to prefer other, more traditional purchasing avenues over the impersonality of online shopping. Or, maybe car collectors as a whole have collectively agreed that the very first Ford Mustang pace car isn’t quite worth such an elevated sum. The Mustang itself is anything but scarce, after all.

Whatever the reason, RK Motors has a rare and irreplaceable Ford Mustang on its lot that looks destined to sit there at least a little bit longer.