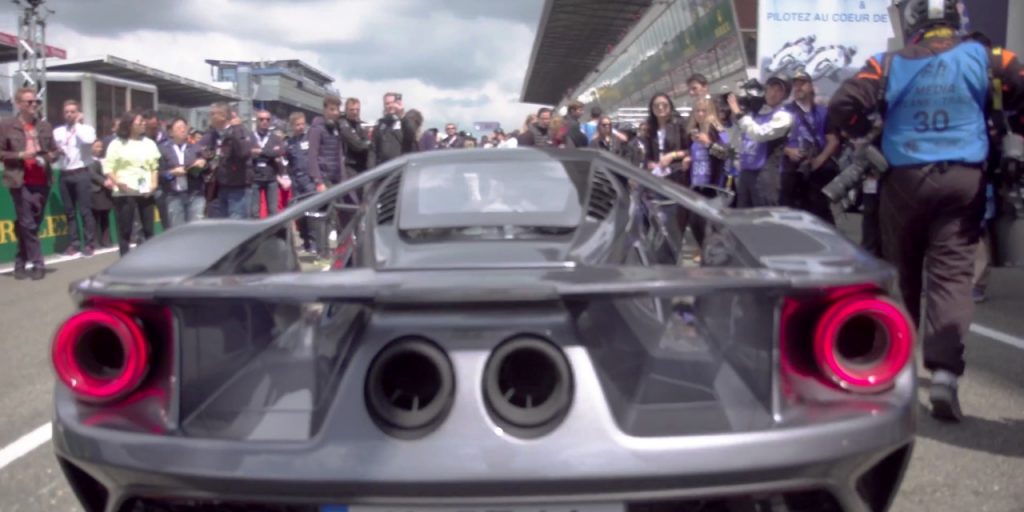 In case you missed the news, the No. 68 Ford GT campaigned by Ford Chip Ganassi Racing successfully held off the No. 82 Ferrari 488 GTE of Risi Competizione in a battle for first at last weekend’s 24 Hours of Le Mans, in an almost-perfect nod to Ford’s historic 1-2-3 finish at the race 50 years ago. We’ve got the full details right here.

In truth, win or lose, the weekend arguably belonged to Ford from the start. The Ford GT’s very participation in the race made it an auspicious occasion, and ahead of the green flag, a production 2017 Ford GT led a parade lap around the track to celebrate Ford’s 1966 podium sweep. The new Ford GT was followed by a number of worthy Ford performance machines, including some older (2005-’06) Ford GT examples, all three of the podium-placing Ford GT40s from the 1966 race, and a few other, more modern fast-Fords.

Ford Executive VP of Product Development and CTO Raj Nair drove the leading Ford GT through the parade lap, saying that it was “surely a big milestone for the program, obviously… I don’t even know how to describe it. It’s one of the, you know, greatest experiences of my life, really.”