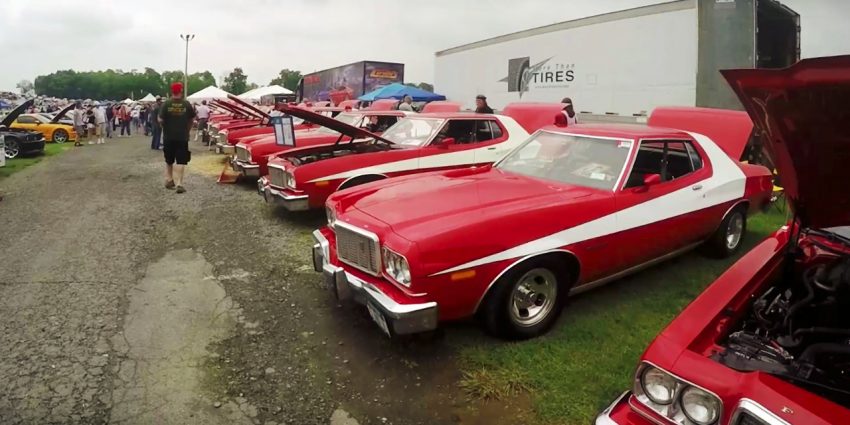 Last weekend was the annual Carlisle Ford Nationals in Pennsylvania – the “the largest and most thrilling all-Ford event in the world,” according to the official website. This year’s event paid tribute to the Starsky & Hutch Ford Torino and its 40-year anniversary, although the Ford GT, the Ford Mustang, the odd Merkur XR4Ti, and everything in-between was well-represented.

While we here at Ford Authority went to the (much more local) Detroit Belle Isle Grand Prix to cover that event, Mr. Regular Cars of Regular Car Reviews stopped by the Carlisle Ford Nationals, shooting a video to try and answer the question: “Which Ford is best Ford?” Things got weird.

You can watch Mr. Regular Cars’ video from the Carlisle event above, in which he provides his characteristically-silly voiceover commentary while observing a plethora of unique Fords, including an old Thunderbird, a pack of Starsky & Hutch “striped tomato” Torinos, and more than a few dolled-up Mustangs. Somehow, a Mazda MX-5 Miata even made its way into the mix (“nice Cobra,” says Mr. Regular Cars after a lengthy pause).

You can check out the video above. And Mr. Regular Cars? Just keep on doing you.