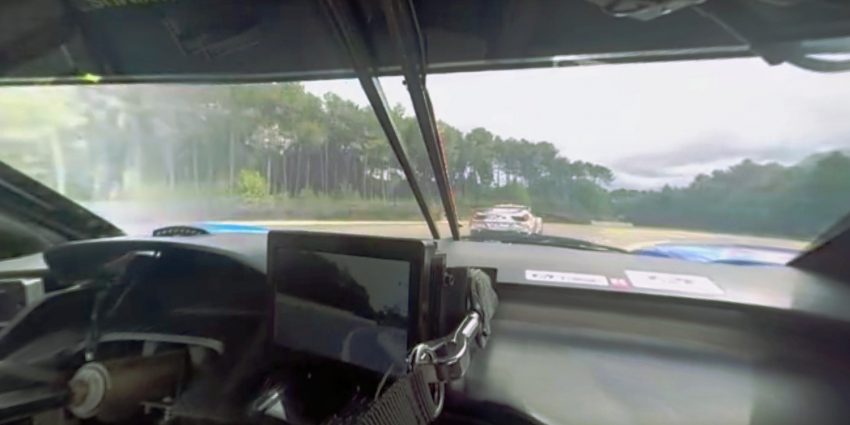 If you’ve ever wished you could climb aboard the Le Mans-winning No. 68 Ford GT of Ford Chip Ganassi Racing, we have good news for you: thanks to the magic of 360° video, you (virtually) can.

Above is a recent video from Ford Performance, which puts the viewer inside the cockpit of the very same Ford GT race car that beat the privateer No. 82 Ferrari 488 GTE of Risi Competizione at the 2016 Le Mans 24 Hours. The video covers a full lap of the entire 8.5-mile Le Mans Circuit de la Sarthe, plus a little bit extra at the end.

Although the conclusion of the 84th running of the 24 Hours of Le Mans remains hotly debated, mostly over some perceived favoritism in how race organizers doled out Balance of Power (BoP) adjustments, it was an important victory for the Ford GT racing program. This year marks the 50th anniversary of the GT40’s historic 1966 win, after all, and that Ford’s triumph was achieved during the automaker’s first year back in endurance racing is hugely impressive.

Be sure to sit back and enjoy a full lap of the track in the weekend’s winning Ford GT by watching the video above. And don’t forget: you can change the camera angle by either clicking and dragging on the video, or by clicking an arrow in the directional pad in the upper-left corner.