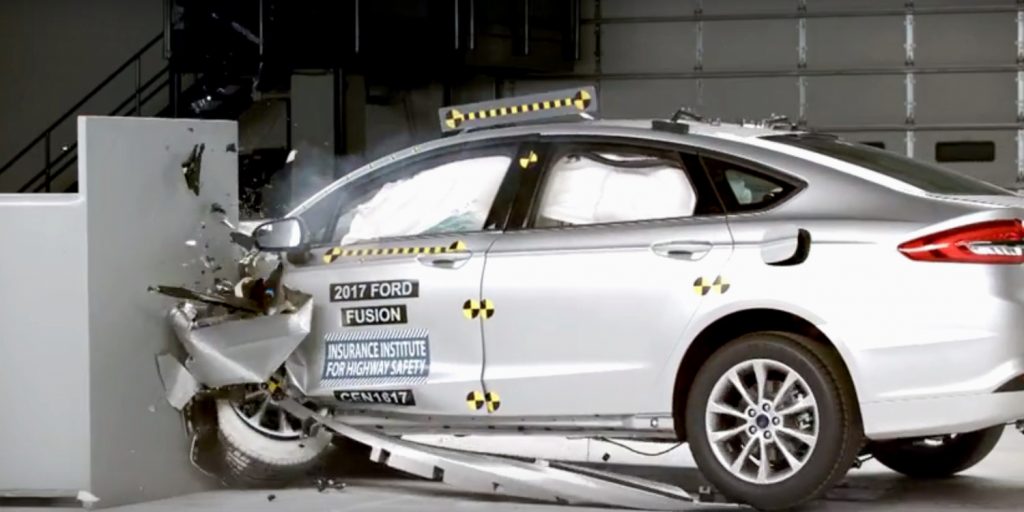 In the video above, you can see the revamped Ford Fusion as it’s subjected to the 40mph “small overlap” test, wherein it’s sped into a rigid barrier with 25 percent of the total frontal area making impact.

We think the video could use more slow-motion.

Testing data from the other big name in American crash-test ratings – the National Highway Traffic Safety Administration (NHTSA) – is not yet available for the 2017 Ford Fusion. That organization uses a more nuanced 5-star rating system, where IIHS ratings have just four possible scores: “Good”, “Acceptable”, “Marginal”, or “Poor”. The Ford Fusion’s “Good” rating in all five test categories puts it even with 2016’s IIHS Top Safety Picks, including the Honda Accord, Mazda 6, and Chevrolet Malibu.

The 2017 Ford Fusion also possesses “superior” frontal crash prevention, according to the IIHS, when available features like Pre-Collision Assist are taken into account.