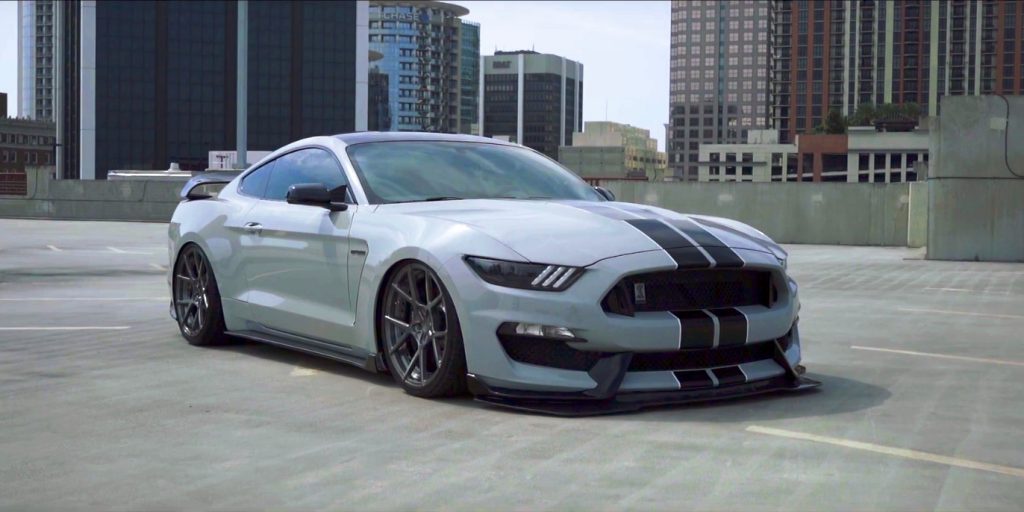 In case you happen to belong to the small subset of humans who believe that neither conventional performance dampers, nor magnetorheological ones like those sold under the “MagneRide” name, are simply good enough, AccuAir Suspension produces performance-oriented air suspension systems for numerous classic and late-model passenger vehicles. Many offer on-the-fly ride height adjustability with an “e-Level” controller.

Now, AccuAir has become the first company to put the new Ford Shelby GT350 Mustang on an air suspension. You can see what that looks like in the video above.

The 2015-’16 Shelby GT350 rolls out of the factory with a third-generation MagneRide suspension system, assuming either the Track Pack or Technology Pack is selected. The more focused GT350R comes fitted with MagneRide as standard, and as of the 2017 model year, the system will be extended to the base GT350, as well.

As such, we have to ask ourselves why a Shelby GT350 owner would ever consider fitting their high-performance pony car with an air suspension system. It seems almost self-evident that the latest and greatest MagneRide damper system would outperform any air suspension kit, meaning that the only possible benefit an owner would stand to gain would be looks – and even then, only if you’re the sort of person to whom “hella flush” cars seem perfectly awesome.

But, to each his own, we suppose. Watch the Ford Shelby GT350 Mustang roll around town on an AccuAir Suspension kit in the video above.