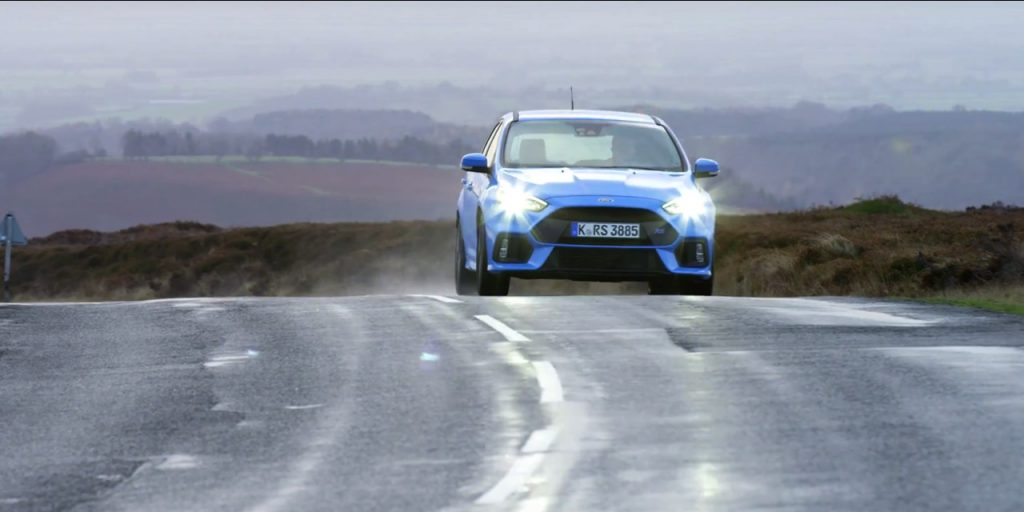 The new, 2016 Ford Focus RS is touring some of Europe’s finest driving roads in a series produced by Ford Europe, and it’s enough to make us rethink continuing to live in Michigan.

The Ford Focus RS is an ideal machine to take on such roads, as it’s clearly been designed with a supreme driving experience in-mind. It has a sophisticated all-wheel drive system, multiple driving modes including a “Drift” setting, and best of all, a good old six-speed manual transmission. Essentially a rally racing car that’s been tamed for legal street use, the Ford Focus RS Mk III is powered by a potent 2.3-liter EcoBoost four-banger, producing some 350 horsepower and 350 lb-ft of torque.

Here, in the second video of Ford Europe’s series on the best roads in Europe, the 2016 Ford Focus RS visits Blakey Ridge in North Yorkshire, England. At the wheel is former racing driver/current motoring journalist Steve Sutcliffe, who says of the Blakey Road: “I’m actually prepared to put my neck out and say that this is the best road in the United Kingdom to drive a car like this: the new Focus RS.”

After watching Mr. Sutcliffe’s drive from start to finish, it’s hard for us to argue.

The Ford GT Tackles One Of Europe’s Most Splendid Roads: Video