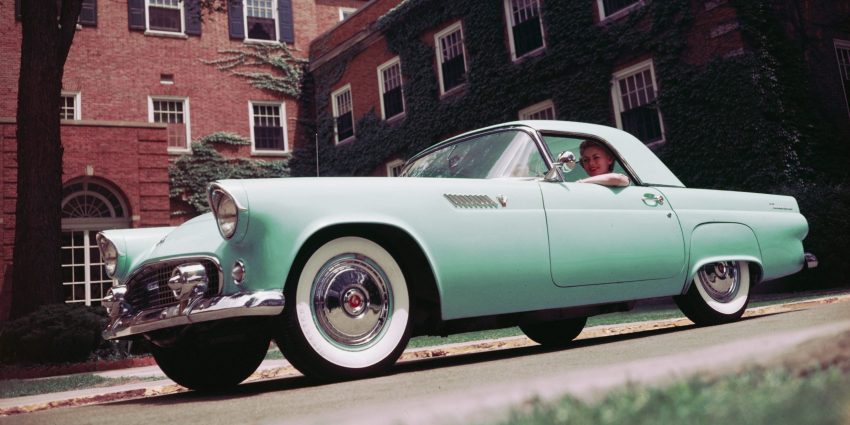 It may be hard to fathom now, but once upon a time, The History Channel broadcasted actual informative, historical content.

Yes, we know; it truly boggles the mind.

It’s from this aforementioned “golden era” of History content that we get this: a detailed, forty-minute documentary exploring the origins of the Ford Thunderbird. The video starts with a description of the automotive climate prior to the Ford Thunderbird’s 1955 introduction – just after America had begun to become fixated with two-seater European sportscars – and covers its evolution all the way through its final, eleventh generation (model years 2002-’05).

The Ford Thunderbird’s story is one that, as Ford fans, we’re mostly familiar with, but there are plenty of lesser-known facts here which might come as news. For instance, while we all know that the Ford Thunderbird was aimed squarely at GM’s Chevrolet Corvette, did you know that the program started in-secret after a Ford employee was sent spy photographs of Chevy’s forthcoming two-seater sportscar? Or that the designers used Jaguar’s XK120 as a guide in selecting everything from the wheelbase to the steering-wheel angle?

Watch the video above to learn more.