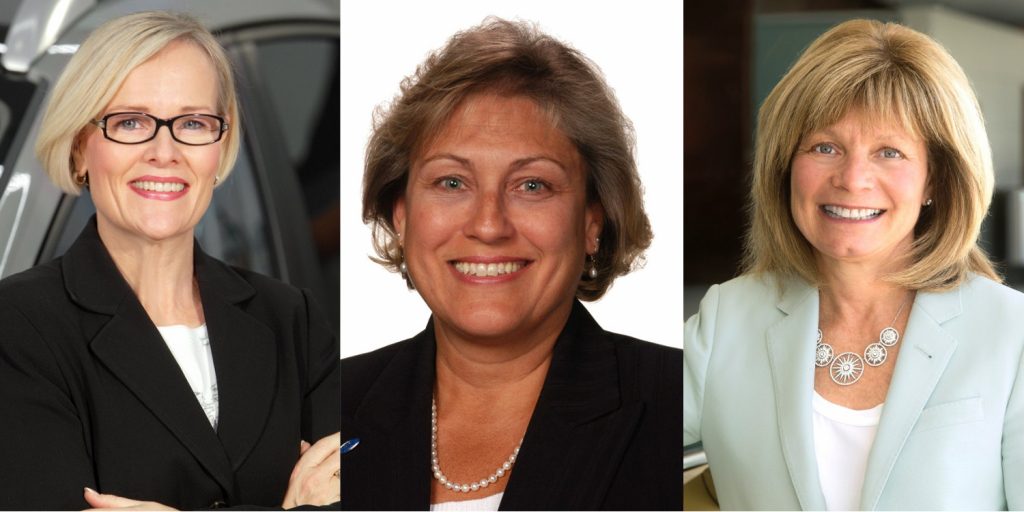 Three Ford leaders have been honored by Crain’s Detroit Business in a list of the “100 Most Influential Women in Michigan.” This is the first year that Crain’s Detroit has recognized women from across the state – not just the Detroit area.

The Crain’s list, published last week, contains the names of women from the state of Michigan who are responsible for making key decisions in government, business, academia, and other professional arenas. Making the list this year are Ford Motor Company VP of Global Programs and Purchasing Birgit Behrendt, Ford Land Chairman and CEO Donna Inch, and Ford VP and Chief Information Officer Marcy Klevorn.

Birgit Behrendt, 56, was hired by Ford of Germany more than 30 years ago, working her way up to be selected as a company officer and Vice President in 2013. Donna Inch, 60, started with the automaker almost 40 years ago and held a number of different finance positions on her way to being put in charge of Ford’s real estate division in 2010. Marcy Klevorn, 56, began her career with telecommunications company AT&T before being recruited by Ford in 1983. She’s worked in numerous business units within the automaker, and was named its first female CIO in 2015.

The full list of the 100 Most Influential Women in Michigan is available at the Crain’s Detroit website, and features a number of names belonging to women at rival automakers Fiat Chrysler and General Motors. Clearly, the notion that the automotive sector ought to be a boys’ club is fading, and fast.

We hope to see plenty more powerful women occupying important roles at America’s automobile manufacturers in the years to come.