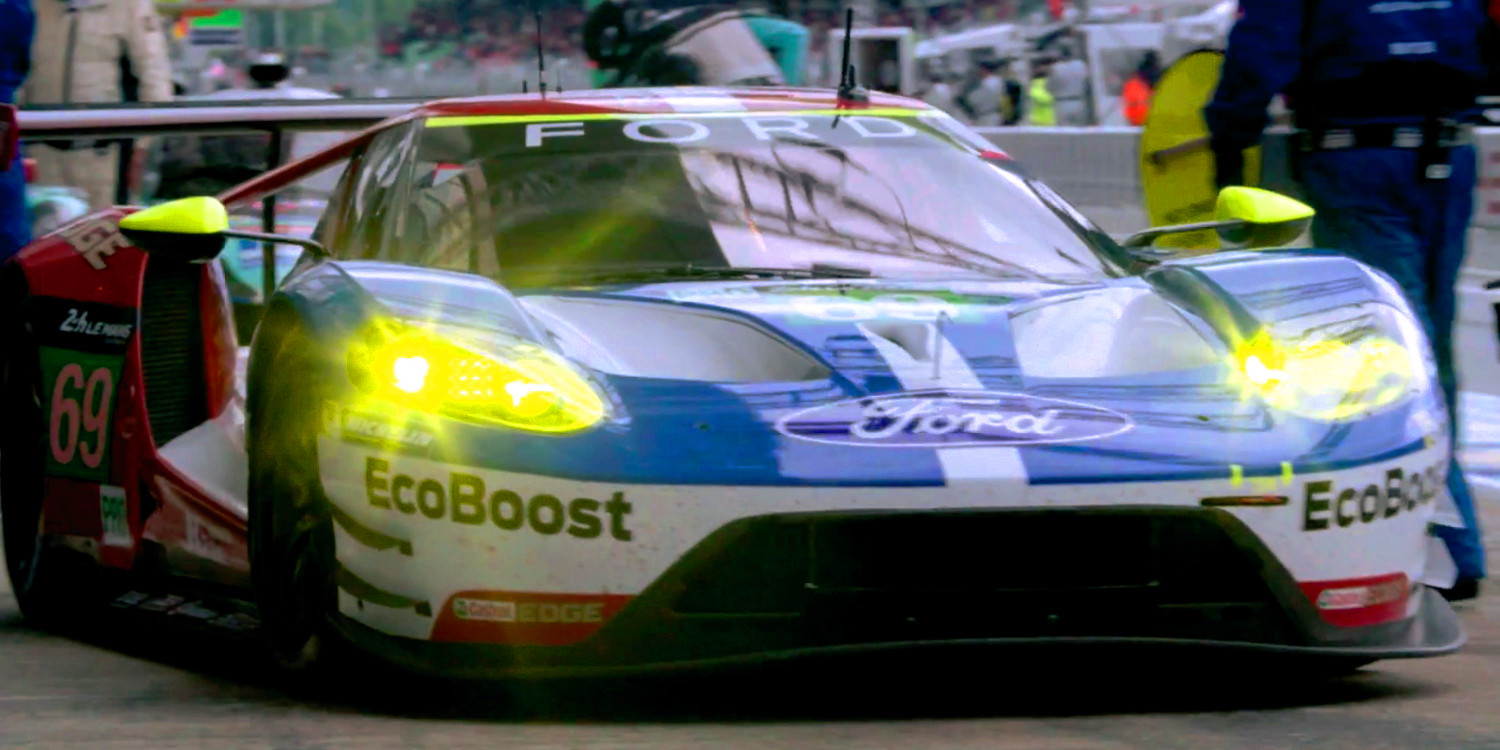 Ever wanted to climb into a bona fide, factory-supported race car?

Statistically speaking, you’ll probably never have the chance. Not to fear, though, as Ford GT driver Richard Westbrook – one of three ace drivers who will pilot the No. 69 Ford GT at the 24 Hours of Le Mans this weekend – took some time out of his busy prep schedule in order to give us a guided tour of his cutting-edge competition car.

Westbrook spends much of the time talking about the steering wheel. Like all modern race car steering wheels, the one in the competition-spec Ford GT is a dizzying array of buttons and switches, controlling everything from the amount of turbo boost, to the drink system, to the radio (the button that typically gets the most use, says Westbrook). As trivial as that second item might sound, proper hydration is vital in a 24-hour race, where cockpit temperatures can exceed 100° Fahrenheit.

Richard Westbrook, who has been a part of the Ford GT’s IMSA WeatherTech racing effort this season, will be joined in the No. 69 car by Scott Dixon of New Zealand and Ryan Briscoe from Australia.