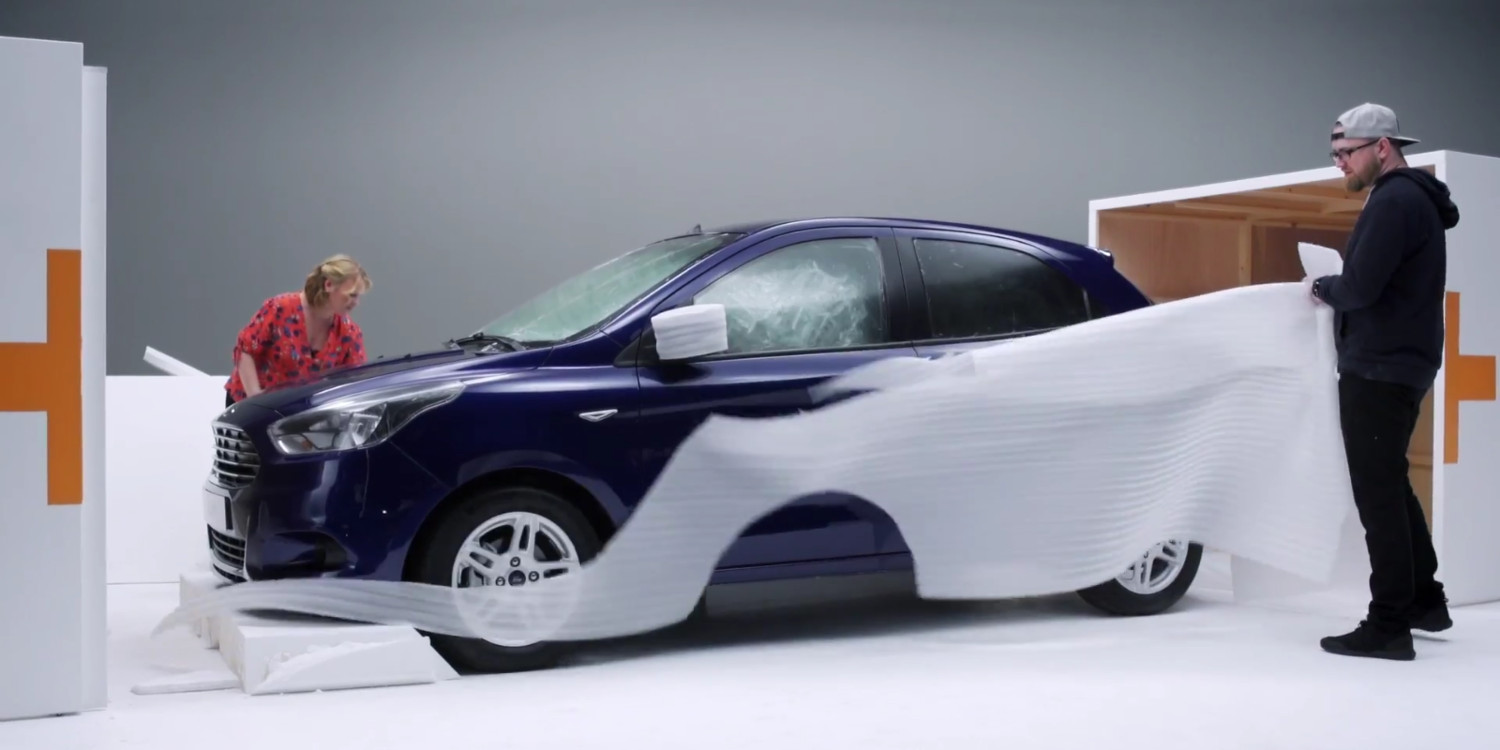 Ford Europe has gotten clever with regard to marketing the all-new Ford Ka+ 5-door hatchback, leaning on the recent popularity of YouTube “unboxing” videos to present the small car in a truly unique way.

“Unboxing” videos, for those unfamiliar with the genre, are exactly what they sound like: someone opens a tidy new package on video for the world to see, often with commentary. It may seem like an odd sort of thing for a person to seek out and watch, but we’ve been told that it makes for strangely satisfying video content.

To unpackage the new Ford Ka+, the automaker reached out to Lewis Hilsenteger of YouTube channel Unbox Therapy – an unboxing channel with some 4.5 million subscribers. They also enlisted the help of Welsh actress Joanna Page from the BBC comedy Gavin & Stacey. Not sure what they’ll find inside the biggest package Hilsenteger has ever encountered (4.2 meters long), the two stars get to work removing a fully-assembled 2016 Ford Ka+ from its container.

Says seasoned unboxer Lewis Hilsenteger: “This is the biggest unboxing I have ever done! I was not aware of what was in the box until it was opened. I’m a huge Ford fan, and am delighted to have unboxed the Ka+.”

The new Ford Ka+ uses the same global small car platform as the Ford Fiesta, but will be sold at a lower price-point for more budget-conscious buyers.