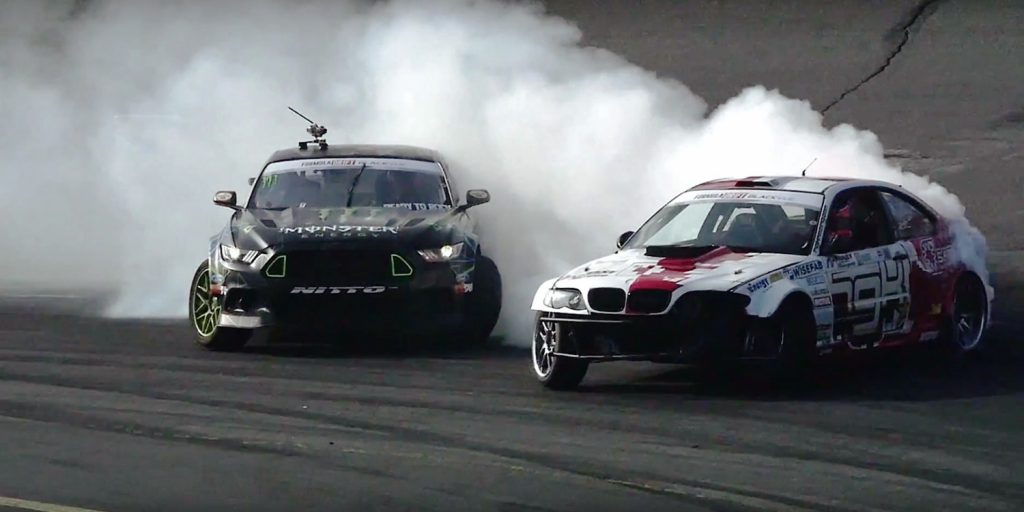 Professional drifter Vaughn Gittin Jr. and his competition-spec Ford Mustang RTR gave their all at the fourth round of the Formula Drift series in New Jersey over the weekend, coming out on top after a series of nail-biting, well-fought battles. The win was enough to put Vaughn Gittin Jr. in first place in the championship standings by a 40-point margin.

The New Jersey victory was the second out of four competitions for both Vaughn Gittin Jr. and his new Ford Mustang RTR drift machine. Event number five is scheduled for July 15th through the 16th at the Autodrome Saint-Eustache near Montreal in Quebec, Canada. Be sure to catch Vaughn Gittin Jr. at the event as he attempts to make history yet again.