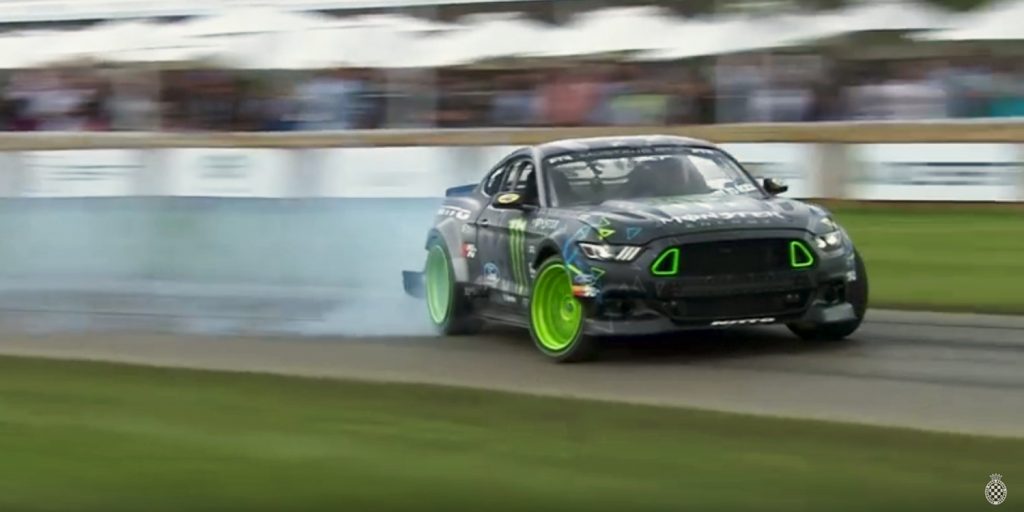 Professional drifter Vaughn Gittin Jr. – now the “winningest” driver in Formula D history, if you hadn’t heard – took to the annual Goodwood Festival of Speed hill climb last week to fumigate the grounds with tire smoke. As in the 2016 Formula D championship, his weapon of choice was his competition-spec Ford Mustang RTR.

Video of Vaughn Gittin Jr.’s crowd-pleasing hill climb can be seen above, where his rear bumper is hit and virtually destroyed in the line of duty. In a Formula D battle, such a cosmetic faux-pas would most certainly result in a deduction of points; here, at Goodwood, the hill climb is mostly for fun (although some cars do try for the fastest time they can deliver).

Vaughn Gittin Jr. finds himself in a bit of a lull in Formula D at the moment, as the next round of the series in Montreal won’t arrive until July 15th. He, Ken Block, former “Stig” Ben Collins, and a couple of Ford GT racing drivers all found the time to drive fast-Fords at the 2016 Goodwood Festival of Speed last week.

Be sure to check out Vaughn Gittin Jr.’s bumper-murdering hill climb above.