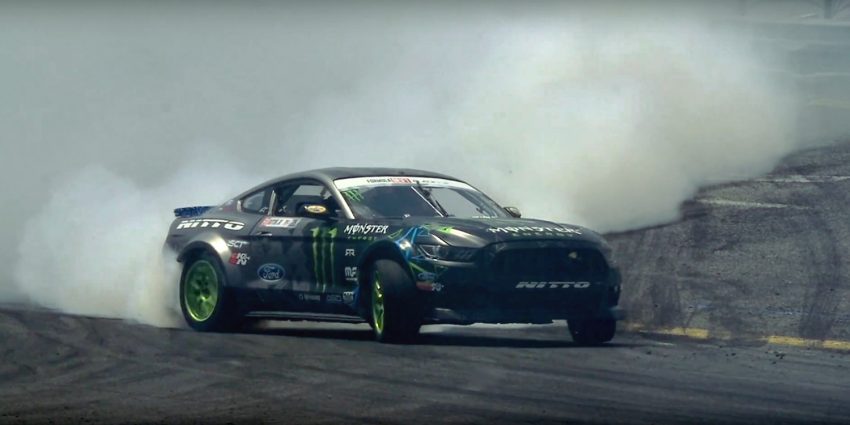 Vaughn Gittin Jr. has made a lasting impact on the sport of drifting this season with his competition-spec Ford Mustang RTR. After winning two of his last four Formula Drift outings this season, he’s tied with the all-time career win leader for the title of “winningest driver” in the series’ 12-year history.

Now, Vaughn Gittin Jr.’s here to talk to us all about one of the core concerns of the Ford Mustang RTR development team: steering angle.

In drifting, having a high maximum steering angle is a necessity to pull-off the sort of physics-defying stunts that fans have come to expect. That’s because the back end of an oversteering car is constantly fighting to overtake the front, causing the car to spin if the driver doesn’t have enough steering angle to keep the nose pointed. The factory steering angle on a car tends to be around 40°, seriously limiting the maximum achievable drift angle.

Check out the video for more.