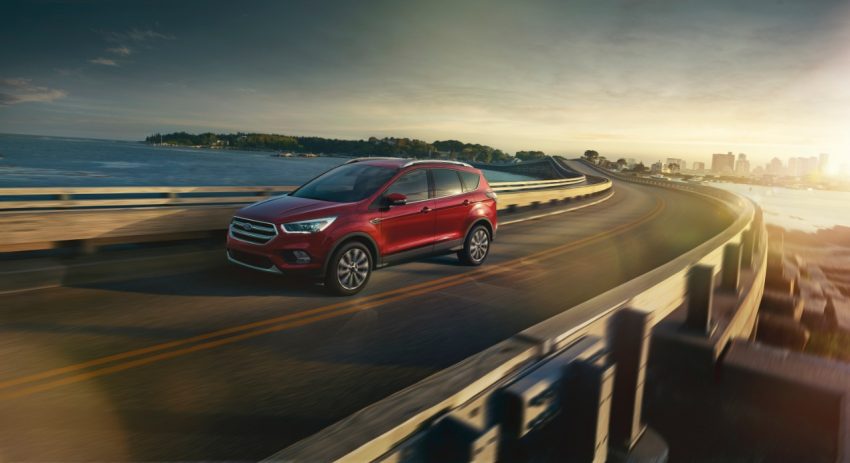 The newly-refreshed, 2017 Ford Escape crossover won Cars.com‘s annual compact SUV challenge, beating out the other four most-popular options in the segment from Korean and Japanese marques.

“The significantly refreshed Ford Escape is a great-driving small SUV, now with even more features for the money,” said Cars Editor-in-Chief Patrick Olsen. “Between its huge infotainment system, comfortable and quiet ride and impressive built-in storage, the Escape is a real winner.”

In particular, the staff from Cars.com praised the Ford Escape’s new SYNC 3 infotainment system, saying that it was “clean-looking and easy to use,” and offered simple smartphone integration. The new Ford Escape also “has the best driving dynamics and manages to feel responsive and composed over bumps,” according to Assistant Managing Editor of Data Bill Jackson.

Cars.com did have one or two hangups with regard to the new Ford Escape, however. “There’s a sea of hard plastic and interior design that probably was futuristic when Ford first went to it years ago, but it could use a rethink,” said Mr. Jackson. Moreover, Jackson’s colleagues seemed to disagree with his assessment of the Escape’s ride and handling, with Assistant Managing Editor of News Jennifer Geiger remarking that “composure over bumps is a problem,” and that “Ford said it improved interior noise levels with this model but there’s more work to do.”

The 2017 Ford Escape was nonetheless selected the overall winner, with earning a higher mark than the 2016 Honda CR-V, 2016 Hyundai Tucson, 2017 Kia Sportage, and 2016 Toyota RAV4. It came up last in the Interior Quality and Comfort categories.