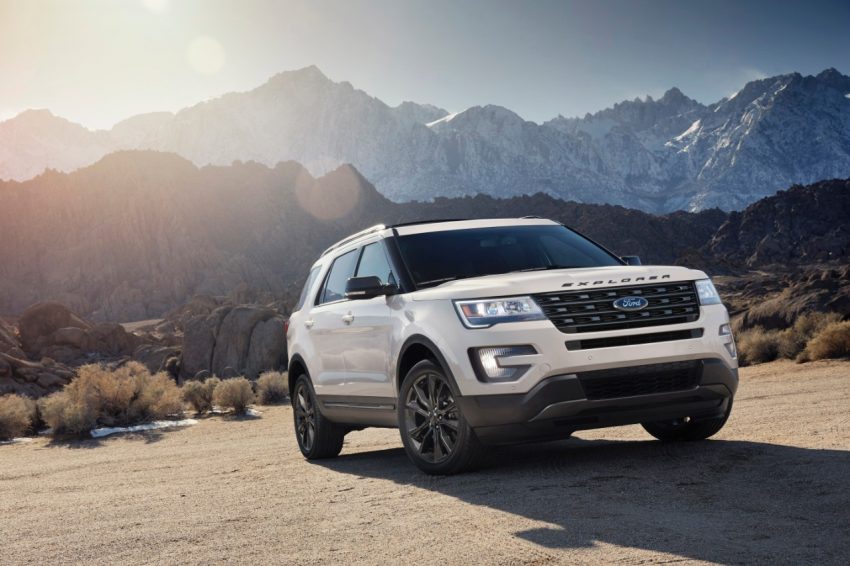 As Edmunds reported earlier today, the new, 2017 Ford Explorer is now available to order from Ford dealers nationwide. The 2017 model year marks the second since the midsize crossover last received a facelift, but brings with it a new “XLT Sport” trim level for the first time.

Pricing for the latest model-year Ford Explorer starts at $32,105 including a $945 destination fee, which represents a $110 increase over the starting price of the 2016 model. At the top of the range, the Ford Explorer Platinum wears a base price of $54,180 with destination, but a full standard featureset means that the sticker price can’t be pushed much further, topping out at just over $59k. The new Ford Explorer XLT Sport starts at $46,150.

Said Ford Explorer Brand Marketing Manager Omar Odeh in a statement last February: “Our Sport Appearance philosophy is rooted in the fact that we know exterior appearance is the No. 1 consideration in SUV purchase decisions. The XLT Sport Appearance Package is a dramatic offering that gives customers another attractive option.”

Equipment that comes standard on the regular XLT Ford Explorer – such as push-button start, a 10-way power driver seat, Sync 3 infotainment, and LED foglamps – are also standard on the new Sport trim.

You can build and price your own 2017 Ford Explorer using Ford’s online vehicle configurator.