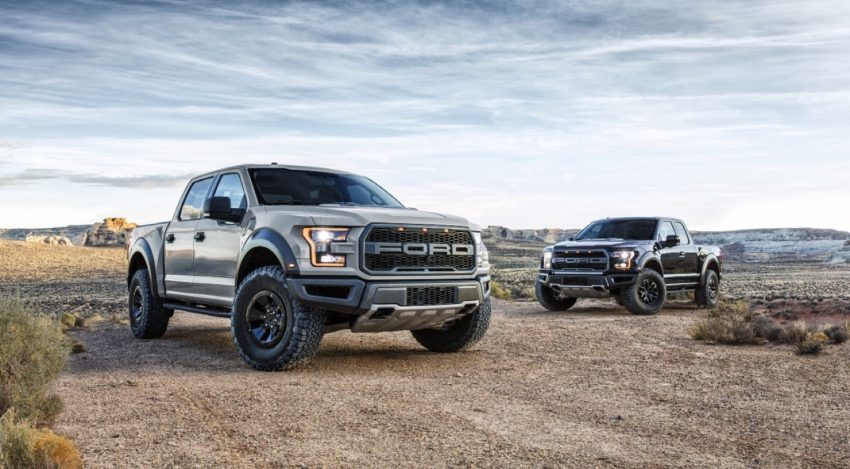 How do we know this? An Autoblog reader tipped the website off to a pricing document on Ford’s fleet website, naming the price of each 2017 Ford F-150 Raptor model along with the cost of every bit of optional equipment available. According to the website, two equipment groups – 801A and 802A – will be available, costing $3,158 and $9,345, respectively. Autoblog reports that based on similarly-numbered packages available for the 2016 Ford F-150, 801A and 802A ought to add things like Ford’s Blind-Spot Information System (BLIS), wing-mirror LED spotlights, power front seats, automatic high-beams, and a tailgate step.

In addition, there is a $1,950 Technology Package, which might include features such as a 360° Camera with split-view display, Lane Keeping System, and Dynamic Hitch Assist. Standalone options include Pro Trailer Backup Assist ($395), auto-dimming and heated wing mirrors ($365), LED cargo bed lights ($125), remote start ($195), and power sliding-rear glass ($450).

The all-new, 2017 Ford F-150 Raptor supertruck will of course feature plenty enough standard equipment to satisfy most, such as a boxed steel frame, 10-speed automatic transmission, and a 3.5-liter EcoBoost V6 capable of upwards of 450 horsepower. And where the new Focus RS boasts a novel new “Drift” mode, the Raptor will receive its own special, performance-oriented drive mode called “Baja,” transforming the truck into a true desert racer.