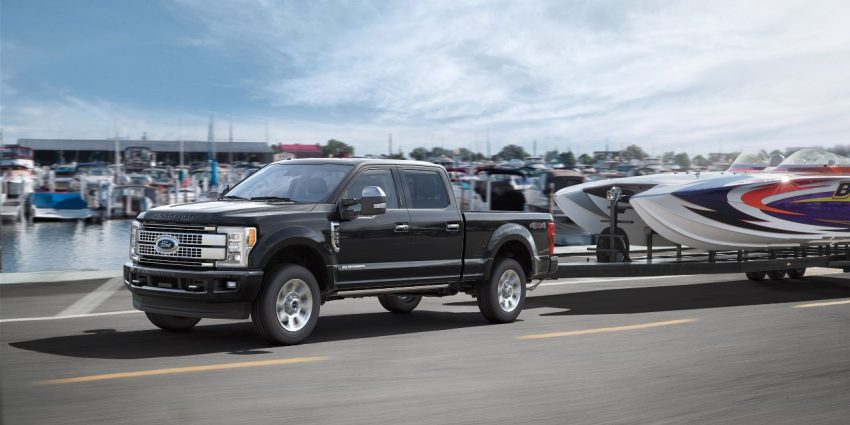 The Ford F-Series Super Duty is all-new for 2017, arriving to insistent declarations from the automaker that it’s the “toughest, smartest, most capable Super Duty ever.”

Empirical evidence may actually back Ford up on that claim. On the subject of strength, for example, there’s the fact that the new Ford Super Duty has a fully-boxed steel frame, giving it a reported 24 times more stiffness than the truck it replaces. And speaking to the truck’s alleged capability and smartness, there are 17 new, class-exclusive features available to make the driver’s job much easier than it ever has been.

According to Ford, the 2017 F-Series Super Duty’s new, class-exclusive features are:

Of those features, the Ford Super Duty’s new Adaptive Cruise Control is particularly nifty, thanks to how it operates while a trailer is being towed. Like any other such system, it uses radar to maintain a safe following distance behind the vehicle ahead of it, accelerating and braking as needed. With a trailer in-tow, the system can also engage the trailer brakes, and if the truck is powered by Ford’s available 6.7-liter Power Stroke diesel, extra engine-braking is available at the push of a button, sparing the pads and rotors a bit of wear.

“Towing is core to the Super Duty mission, and drivers will appreciate the engineering sophistication that enables adaptive cruise control to determine speed uphill and downhill with a trailer,” says Ford Super Duty Chief Engineer Craig Schmatz. “We have torture-tested the technology in high elevations and on significant grades at places like Davis Dam in Arizona, Loveland Pass in Colorado and the mountain roads surrounding Beckley, West Virginia.”