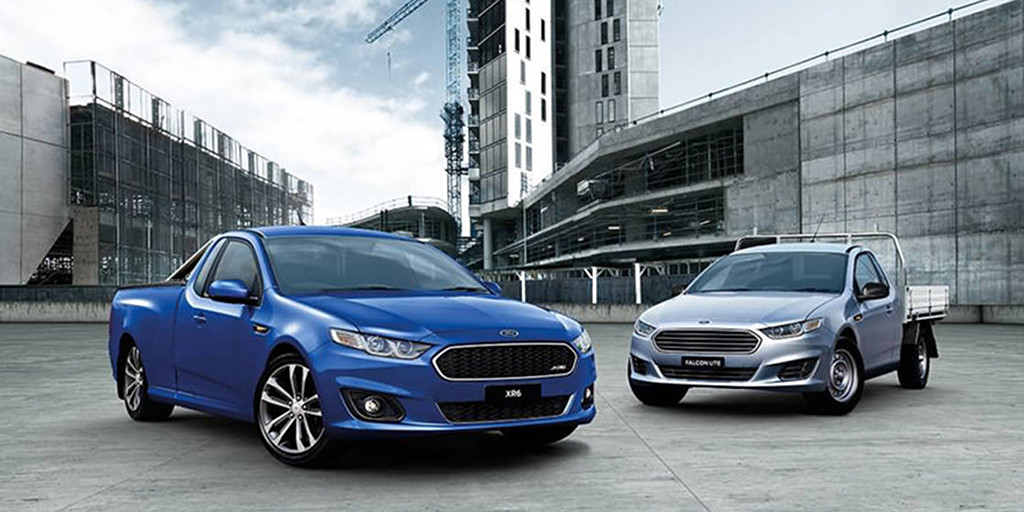 Last Friday marked the end of an era in Australia, when Ford’s Broadmeadows plant produced its last-ever Ford Falcon utility (or “ute” for short).

According to Australian website Drive, the Windsor White Ford Falcon ute was an XR6 model with a 4.0-liter inline-6 engine and a 6-speed manual transmission. The car-pickup hybrid will be kept as part of a collection of historic Ford Australia vehicles, although the second-to-last ute produced – a gray XR6 Turbo model with a stick – will be auctioned off for charity.

The production of the final Ford Falcon ute was commemorated with a private staff party for Broadmeadows workers. No members of the media were invited.

Ford Australia producing its last car-based utility forms the poignant bookend on a 55-year run; the first Ford Falcon utility was introduced in 1961, quickly becoming a staple of the country’s car market. In fact, Drive reports that more than 467,000 Ford Falcon utes were produced since its first appearance, although Ford’s history with the popular car-turned-pickup format in Australia stretches back even further, to 1934.

The Broadmeadows plant still has some distance to go before it shutters forever; both it and Ford’s Geelong facility are scheduled to go dark on October 7th, 2016.