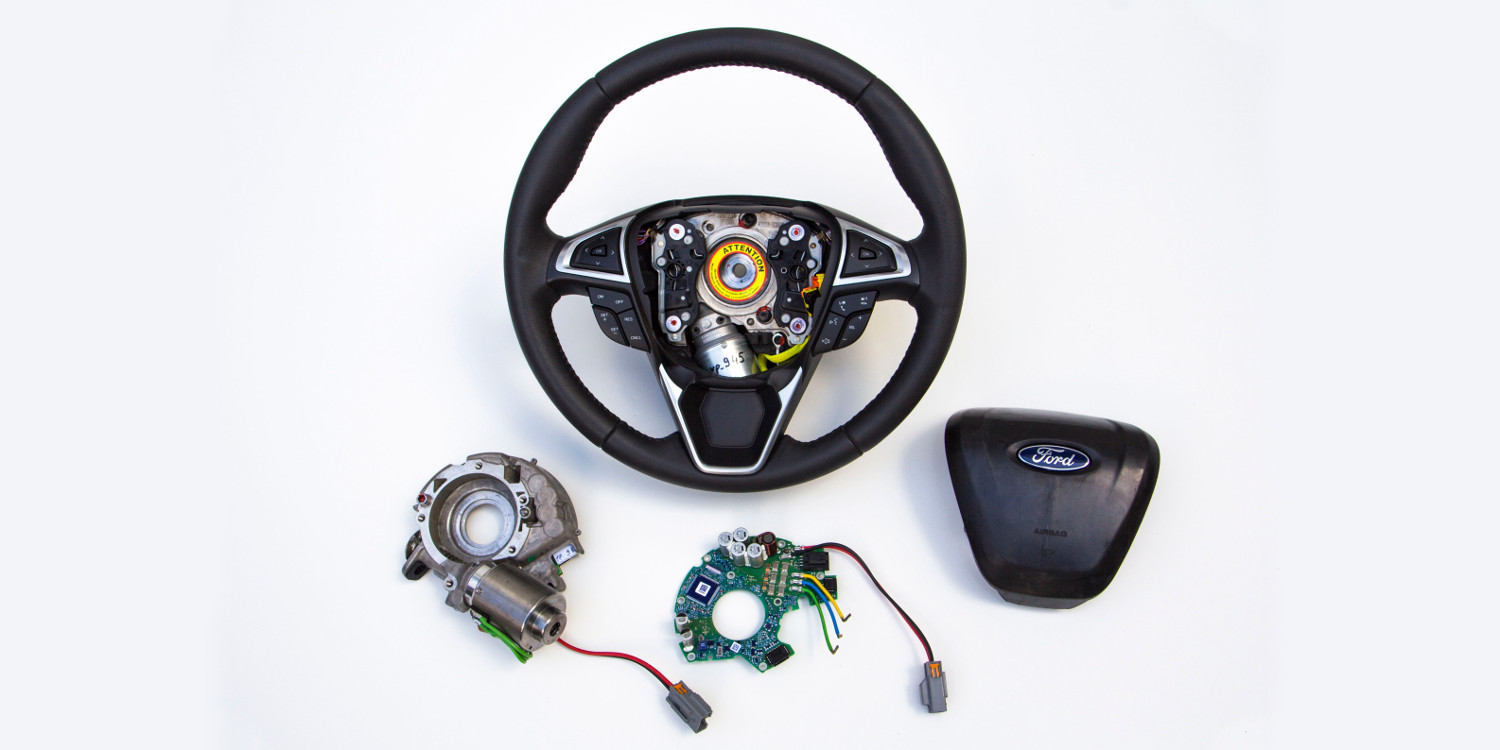 While perusing Ford’s full portfolio of cars, trucks, and utility vehicles, chances are strong that you’ve come across the phrase “Adaptive Steering” once or twice.

The system is rather old news now, but given that Ford’s Adaptive Steering system will be offered on the all-new, 2017 Ford F-Series Super Duty, we thought it prudent to go ahead and take a look at what the feature actually does, and how.

Ford’s Adaptive Steering feature was first announced some time back in 2014, and even then, it was not the first such system on the market. What the Adaptive Steering moniker describes is a means of altering a vehicle’s steering ratio in real time – in this case, reducing the ratio at low speeds for easier maneuverability, and increasing the ratio at higher speeds to keep the driver from introducing sudden, drastic changes in direction. Because that could be bad. Very bad.

Similar systems existed before Ford launched theirs, but they were mostly constrained to high-cost luxury vehicles; the Blue Oval was the first affordable, non-luxury automaker to begin offering variable-ratio steering across its lineup. The system also differs from variable-assist steering systems, which do nothing to alter the steering ratio, but rather change how much power assist is delivered at any given time.

What’s more is that Ford’s system is simpler and more compact than comparable equipment from luxury automakers, and doesn’t require the use of “steer-by-wire.” That’s where the steering wheel is not physically connected to the front wheels, instead using electrical signals and motors to turn the car.

Well, Ford’s Adaptive Steering system fits entirely within the steering wheel hub, for one thing. Using a small electric motor with a simple gearset, Adaptive Steering watches for driver steering input, and can call on the motor to provide some amount of additional twist to the column. With the vehicle at a crawl, the driver gets the maximum amount of supplemental twist; as speed increases, the motor provides gradually less assistance.

The system’s small size means that it can be fitted behind the steering wheel airbag, and it adds a mere pound or two to the vehicle’s total weight. Its simplicity also makes it inexpensive to manufacture or replace, making it perfectly suited to broad-scale deployment.

Ford’s Adaptive Steering system launched on certain trim levels of the 2016 Edge crossover, and is gradually making its way to through the automaker’s portfolio. It will be available on the new, 2017 F-Series Super Duty when it launches this fall.