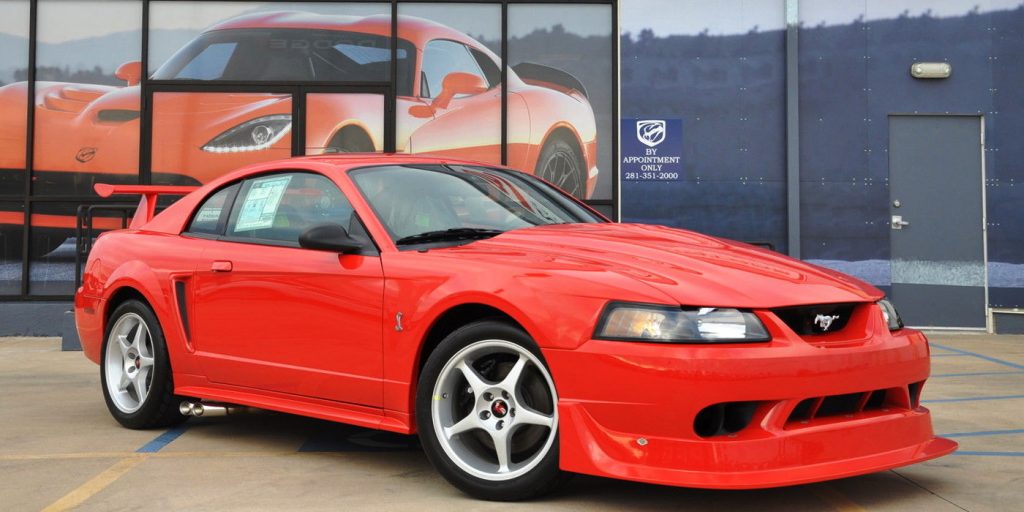 With just 300 examples produced, the 2000 Ford Mustang Cobra R is surely one of the rarest modern pony cars ever built.

It was also one of the highest-performing in its day, featuring an independent-rear suspension, improved aerodynamics with measurable downforce, Eibach springs with Bilstein dampers, 4-piston Brembo brakes, and the weight savings that come with offering nil in the way of creature comforts. Rear seats, air-conditioning, and audio equipment were all left out of the final product to save weight. Additionally, its engine was a 5.4-liter DOHC V8 (conservatively) rated at 385 horsepower – enough for a 4.7-second 0-to-60 time, and a 170+ mph top speed.

Unfortunately, the 2000 Ford Mustang Cobra R has been out-of-production for more than a decade, but with a bit of luck, one can still find a like-new example on the used market. Case-in-point: the car pictured above.

This Mustang Cobra R recently surfaced on eBay, and is being sold by BJ Motors out of Tomball, Texas. It has just 85 miles on the odometer, and has been miraculously well-preserved, still wearing its original plastic seat wrappers and window sticker. Most likely, the car was purchased new and immediately squirreled away in the hopes that it would appreciate significantly. So has it? Maybe. The asking price for this car is $79,995 – $25,000 more than the Mustang Cobra R’s original MSRP back in 2000. But on eBay right now are several other low-mileage examples priced closer to $50k, making this largely a question of whether any buyer would be so enamored that he or she would pay a premium for a slightly less-used car.