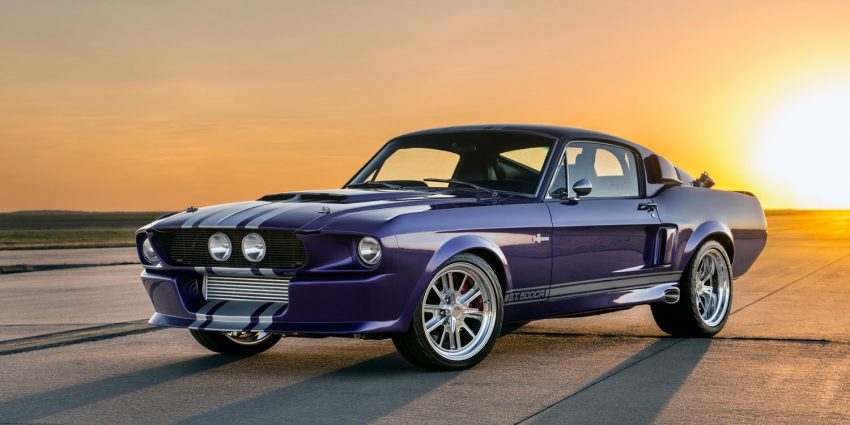 One of the hottest names in recreating vintage American muscle today is that of Oklahoma-based Classic Recreations. The company offers a handful of 1960s-inspired Shelby GT500 Mustang replicas built using present-day techniques, materials, and labor.

One of their most drool-worthy creations can be seen above: the “Blurple” Shelby GT500CR. According to website Carscoops, this particular 1960s Shelby GT500 clone was ordered by a man in the Middle East, with a final build price of $234,000. It’s Classic Recreations’ top-spec “900S” model, meaning that it’s been given a 427-cubic-inch V8 from Ford Performance and an F-1R Procharger supercharger, resulting in an incredible 770-horsepower peak output. That’s fed through a Tremec manual transmission and a 9-inch rear end. We’ve seen those specs before. What we hadn’t seen on any of the company’s other Shelby GT500 recreation cars was the marvelous “blurple” paint shade referred to in the name. Somewhere between a royal blue and a plum purple, Classic Recreations’ standout hue makes this Shelby GT500CR and its classic-inspired shape really pop. Those matte-silver racing stripes don’t hurt, either.

What do you think?