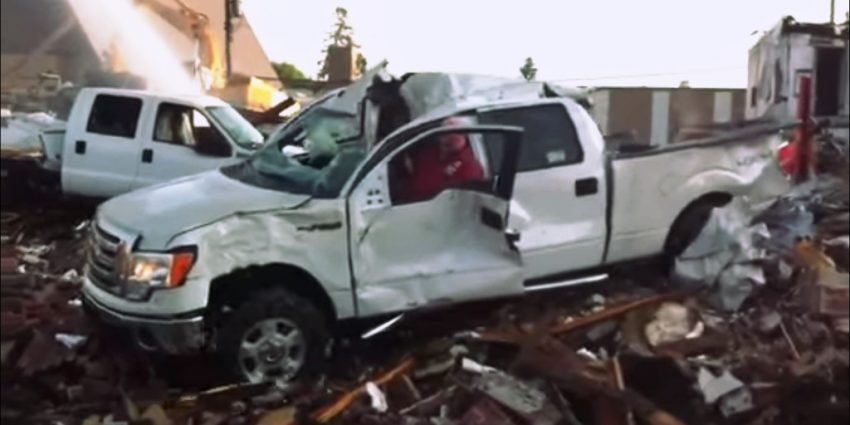 This video is going on five-years-old now, and still, it’s utterly shocking to behold.

On Wednesday, The Fast Lane Truck shared a clip depicting a beaten, broken, previous-generation Ford F-150 driving out from a pile of rubble under its own steam. The passengers side of the truck is completely destroyed, and according to the video description on YouTube, the driver could only gain access to the vehicle after using Jaws of Life to pry the door open.

The video comes from Kelleher Ford Dauphin – a Manitoba, Canada-based dealer whose building caught fire in September, 2011. What we’re seeing in this video is the aftermath of the devastating fire. Of course, as TFLtruck has done, we’d like to remind you not to try this at home; a vehicle so badly damaged might very well have a severed fuel connection somewhere which could cause a (second) fire in a right hurry, and this Ford F-150 is obviously in no shape to be put on the road.

Nonetheless, this Ford F-150’s miraculous – albeit incomplete – survival of being utterly crushed and demolished stands as a testament to the “Built Ford Tough” mantra. Check it out.