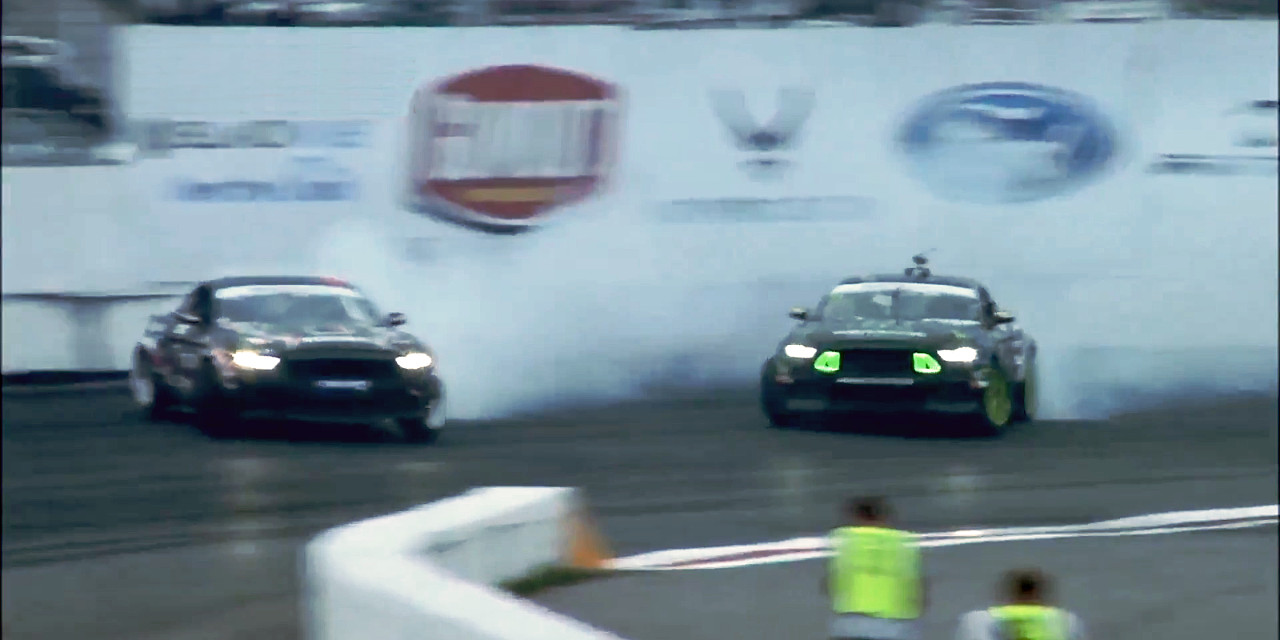 Check out this high-octane video clip, courtesy of Ford Performance, in which Ford Mustang battles Ford Mustang for a spot in the top eight at the Canadian round of the 2016 Formula Drift Pro Championship.

Driving one Mustang in this contest is Justin Pawlak – a 36-year-old driver from Michigan who, according to his bio, does his own suspension design and mechanical and fabrication work. In the other Mustang, of course, is Vaughn Gittin Jr. – a 35-year-old from Maryland whose list of accomplishments in Formula D is staggeringly long, including an Ace Driver of the Decade title, Winningest Driver in Formula D title, and three World Drift Series championships, to name a few.

Vaughn Gittin Jr.’s Ford Mustang RTR drift machine is powered by a 436-cubic-inch Ford Performance/Roush Yates V8, churning out more than 900 horsepower. Interestingly, his opponent in this battle – Justin Pawlak – took a rather different approach to boosting the output of his competition-spec Ford Mustang, fitting its Aluminator V8 with a Roush Performance Stage 3 supercharger. With this setup, the car is capable of producing more than 800 horsepower.

Watch these two titanic Mustang drift cars battle it out at the Autodrome St. Eustache in Quebec in the video above.