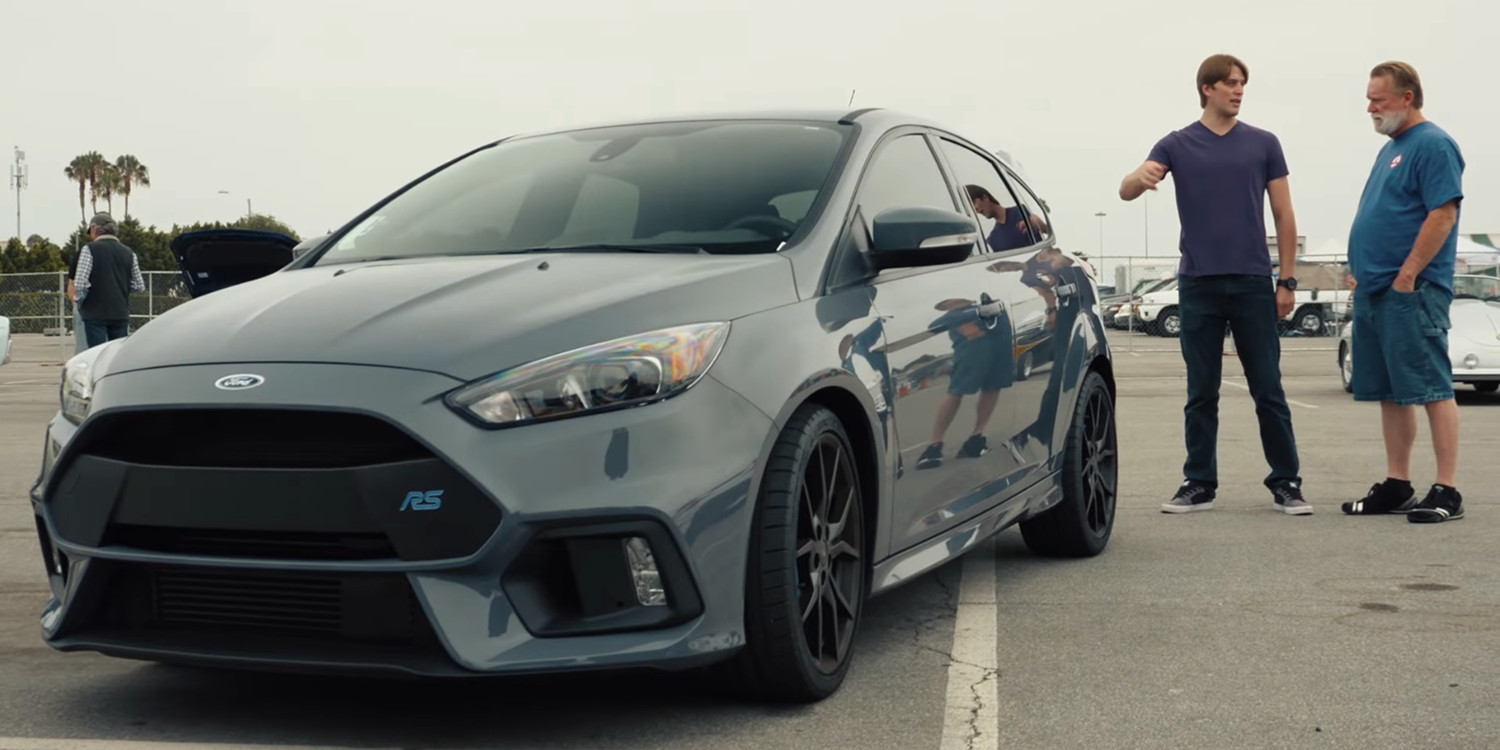 The first shipment of Ford Focus RS hot hatchbacks has officially arrived on North American shores, prompting dealers across the country to send a call out to early customers.

One such early customer was Jackson Gilmore, who was the first US buyer to take delivery of his new Ford Focus RS. “Out of the blue my dealership called me,” he said. He was so excited to receive the car that he sent an email to his boss, saying: “‘Hey, I ordered this car eight months ago, I’m taking a half day today,’ and I just kind of walked out of work. I just bounced right then.”

The 2016 Ford Focus RS is the first of three RS-badged Focus models to reach the United States, and brings with it an advanced all-wheel drive system and approximately 350 horsepower from a turbocharged, 2.3-liter EcoBoost engine. The time to accelerate from zero to 100 km/h (62 mph) has been quoted at 4.7 seconds, and Ford is claiming a 165 mph top speed.

But of course, expedience isn’t the Focus RS’ only commendable attribute.

“It’s definitely quick. It’s got power, but the biggest thing I noticed is the handling,” said Gilmore. “I think it’s glued to the road; it’s super tight… so as soon as you move the wheel it just points in and just hugs the turn… It’s awesome, honestly.” Mr. Gilmore also validated Ford CTO Raj Nair’s call for more “pops and burbles” from the exhaust, citing it as a “cool feature” of the car when it’s set to its Sport drive mode.