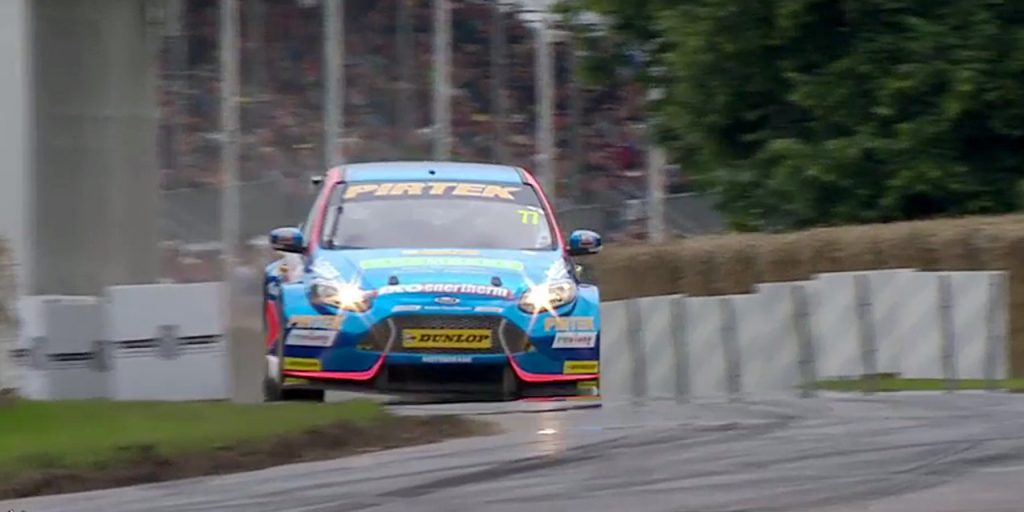 The 2016 Goodwood Festival of Speed was the first in a number of years that didn’t coincide with a British Touring Car Championship race, freeing Goodwood Road & Racing to stage an exciting BTCC Shootout with six of the series’ best cars and drivers competing for the fastest hillclimb.

Spoiler alert: the BTCC Shootout was won by a competition-spec Ford Focus ST, with 2013 champ Andrew Jordan at the wheel. A video of his near-flawless race against the clock can be seen above.

Granted, Andrew Jordan had a bit of an advantage over the competition, being Goodwood’s official road-tester and a House Captain. His BTCC-spec Ford Focus ST set an impressive time up the 1.16-mile hill of just 55.5 seconds, making for an average speed of over 75 miles-per-hour. His finishing speed was 111.1 mph, and he came in 0.8 seconds sooner than the next-fastest BTCC driver.

Be sure to check out Andrew Jordan’s winning Goodwood hillclimb in a Ford Focus ST race car.