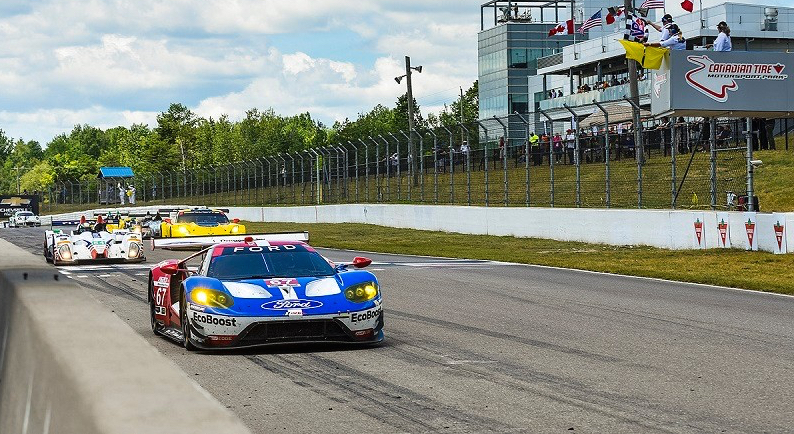 The win was rather unexpected, with a good pit strategy call putting Westbrook and Briscoe out front. Chip Ganassi Racing elected to pit the car for fuel and tires under caution an hour and 20 minutes into the two-hour and 40 minute race, putting them well clear of the rest of the GTLM field following the next pit stop cycle. The car then made a second stop for fuel only with about 50 minutes remaining to bring Briscoe to the checkered flag.

The No. 4 Corvette C7.R of Tommy Milner and Oliver Gavin, which was on fresher tires, attempted to chase down the No. 67 Ford GT in the race’s closing moments. The No. 4 Corvette would turn up second in GTLM, with the No. 3 sister car giving Chevy a double podium in third.

“We were in tire and fuel conservation mode as soon as we left the pits, but needed some help,” Briscoe said post-race. “When everyone else pitted we knew we had the opportunity to take a splash of fuel but not change tires. It was a brilliant call by the team. Tommy was a bit quicker, but I was just trying to hang on and bring it home.”

“It was a great call (to only take fuel on the last pit stop),” Westbrook added. “Ryan had to do a hell of a job to hang on in the end and he did great. We’re just delighted that we have this momentum. Winning does become a habit they say, and it feels like it now. It’s pretty surreal.”

Briscoe and Westbrook now have 187 points to Gavin and Milner’s 192. They’ll attempt to further close in on the Corvette Racing pair as the IMSA WeatherTech Sportscar Championship heads to Lime Rock park next for the North East Grand Prix on July 23rd.