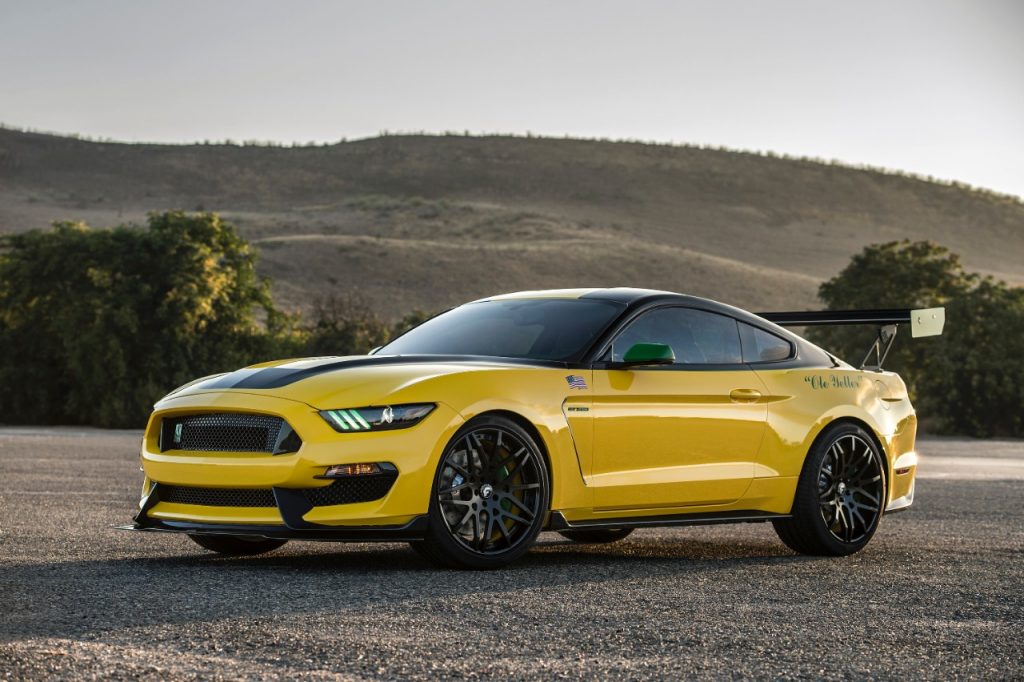 For the ninth consecutive year, Ford Motor Company will be donating a special, one-of-one car to be auctioned at the Experimental Aircraft Association (EAA) AirVenture Oshkosh. Proceeds from the sale of the car will go to benefit EAA youth education programs, like the Young Eagles – an effort meant to provide children from ages 8 to 17 an introduction to the world of aviation.

As always, the car Ford is putting up for auction at the event is aviation-themed, and this year — it is the just-revealed “Ole Yeller” Ford Mustang is based on the high-performance Shelby GT350. The car takes its name and design inspiration from a famous P-51D Mustang (aircraft) that served as the official pace plane of the Reno National Championship Air Races.

“This year’s one-of-a-kind Ford Mustang honors two aviation greats, the iconic and historic P-51D Mustang airplane, and highly decorated fighter pilot, test pilot, and air show performer, Bob Hoover, who is referred to by many as one of the greatest pilots ever to have lived,” said Ford Board of Directors member Edsel Ford II. Hoover is a big name in aviation; the 94-year-old pilot flew Ole Yeller for 20 years, and is considered one of the originators of modern aerobatics.

“The Shelby GT350 Mustang, with its nimbleness, speed and aerodynamics, provided us with the perfect platform to create this tribute to the P-51D aircraft.”

Ford’s one-of-a-kind Ole Yeller Shelby GT350 features a slew of bespoke touches including a unique yellow exterior color, “Ole Yeller” accents and badges, mirrors that project images of the famous aircraft, and unique carbon fiber parts. Inside, the car is differentiated from other Shelby GT350 examples by special Recaro seats, sill plates, bespoke floor mats, and a gauge cluster meant to resemble those that might be found in an aircraft cockpit.

Ford’s new “Ole Yeller” Shelby GT350 Mustang joins a list of eight other bespoke Ford pony cars that have been donated over the years. The custom Mustangs, all donated to raise money for EAA youth programs, have been built to observe aviation themes such as the Blue Angels, the F-22 Raptor, and the Apollo space program.