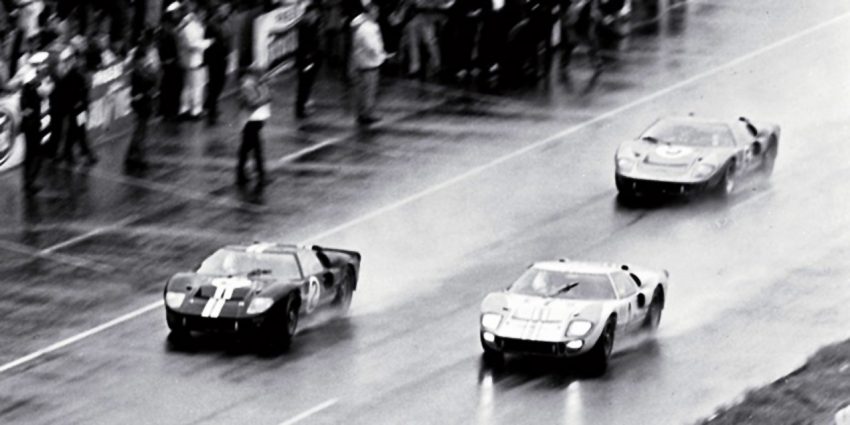 Mr. Perry was one of the key players in Ford’s auspicious 1966 victory at the 24 Hours of Le Mans, reports the Detroit Free Press. “He was a mover and shaker,” said former Ford Racing Engine Engineer Mose Nowland, 82, who was also involved in Ford’s first Le Mans victory. “He was great with people and made things happen. He was very well respected.”

Mr. Nowland now works at the auto racing exhibit at the Henry Ford Museum. Several weeks before Mr. Perry’s passing, Nowland was going to meet with him, Edsel Ford II, and Bill Ford Jr. at Ford’s World Headquarters in Dearborn to relive old racing stories. “But there was an emergency with a part on the Sir John Bennett Bell Tower clock at Henry Ford Museum and Greenfield Village. I had to make a new part. It really bothers me I missed seeing Homer.”

Mr. Perry was able to meet with the Ford family, accompanied by his daughter, Judy Palazzolo. “On the way home, he told us, ‘It was the best day of my life,’” said Ms. Palazzolo. “He was so happy.”

The timing of the former Ford Racing Program Manager’s passing was such that he was just able to witness Ford winning the 2016 running of the 24 Hours of Le Mans on June 19th, half-a-century after the automaker’s 1966 victory.