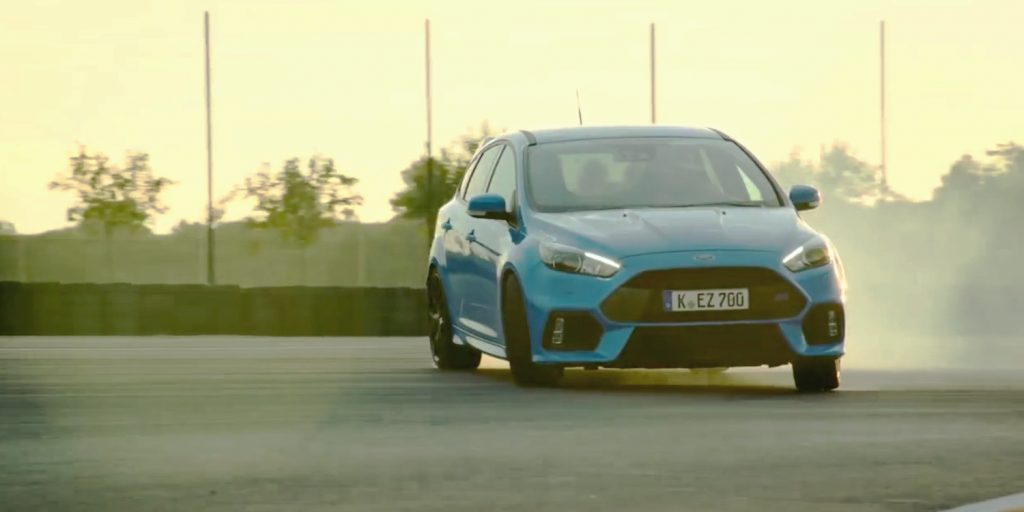 One of the most headline-grabbing features of the all-new Ford Focus RS – that being its exclusive “Drift” driving mode – only made it into the finished product rather by accident.

Ford Performance Vehicle and Engineering Manager Tyrone Johnson recently divulged to Australian website Motoring that the Ford Focus RS’ penchant for getting sideways was discovered during testing, while the team was hard-at-work developing the hot hatch’s twin-clutch all-wheel-drive system.

“It wasn’t [pre-planned], it was more like one of my guys sitting in the car – the lead dynamics guy’s sitting in the car – and next to him is the guy who is doing the calibration of the all-wheel drive system with a lap-top on his knees,” he told the outlet. “And they are talking and he says ‘oh let me try this out’ and he tries it and he says ‘oh that’s cool can you give me more of that’ and he gives him more and he says ‘that’s really cool’ and then it starts working.

“I guess it’s just because we are a bunch of crazy guys. We just do things,” he said.

Even still, the chances of Drift mode making it into the final production car remained slim, until Ford CTO Raj Nair was shown what it could do. As Johnson recounted to Motoring: “We put it together and we showed it to Raj and we said ‘this is a nice little trick we can also do with this… with the mode system and the specific set-up for drifting capability.’ And it was actually Raj who said we have got to market this, this is a cool feature. We need to make this a prominent part of the program, as opposed to a side note.”

Of course, not everyone is entirely pleased about the Ford Focus RS’ new Drift mode, which makes hooning a cinch even for novice driver by altering the damper, all-wheel-drive, steering, and other settings to favor oversteer. A number of Australian safety experts have called upon Ford to issue a recall and stop sale of the car until the feature is removed, citing the illegality of drifting on public roads and the danger a driver might pose to himself and others.