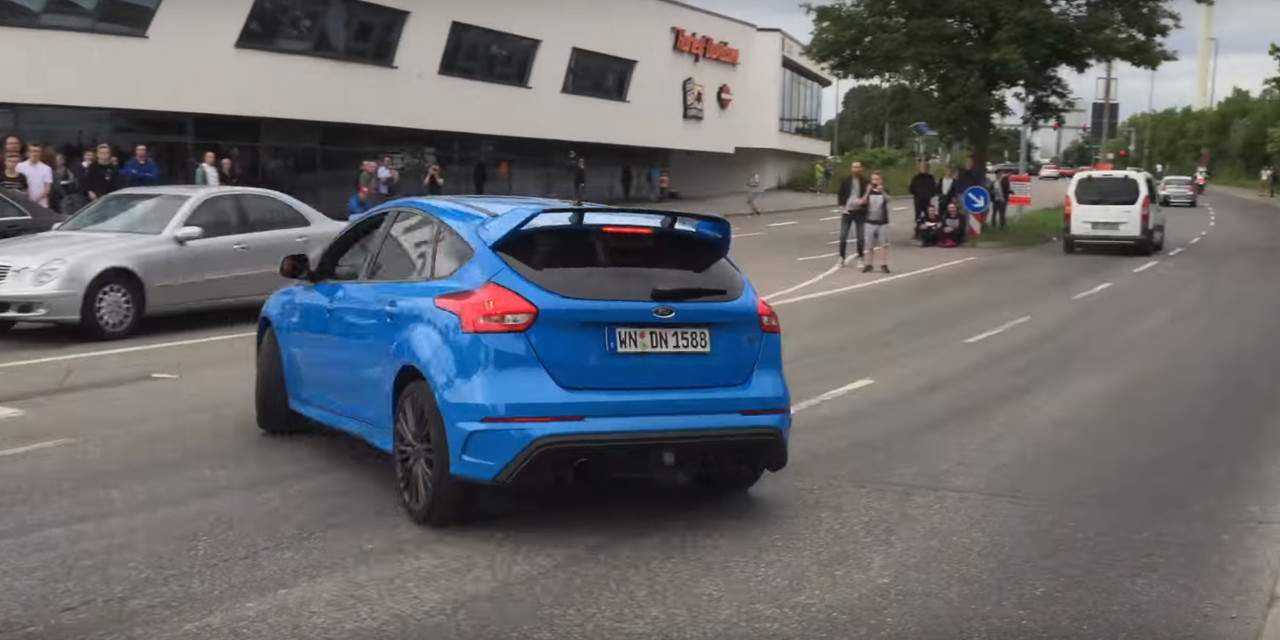 With the all-new Ford Focus RS Mk III finally making its way to America’s shores, we feel it might be prudent to remind everyone not to engage in carefree hooliganism unless it is absolutely safe to do so. That’s how bystanders get run-over.

By way of example, check out the short clip above of a new Ford Focus RS driver attempting to show off – presumably in the car’s aptly-named “Drift” mode – when he starts to spin. In hindsight, the driver is allowed to thank his lucky stars that he didn’t manage to maul the poor, innocent Mercedes he looked to be heading toward; in a similar scenario, you might not be so lucky.

The Ford Focus RS’ Drift mode operates much like any of the car’s other drive modes, altering the steering, throttle-mapping, damper stiffness, torque-vectoring, and electronic safety nets to make it easy enough for any Joe Sixpack to go and create a cloud of tire smoke. In fact, the feature makes the new Focus RS so easy to slide, Alex Goy from Carfection even got his mom to do it.

Nonetheless, plenty of us aren’t as skilled behind the wheel as Ms. Goy, and if we don’t stay within our own limits behind the wheel, there’s nothing for it but pain and embarrassment.