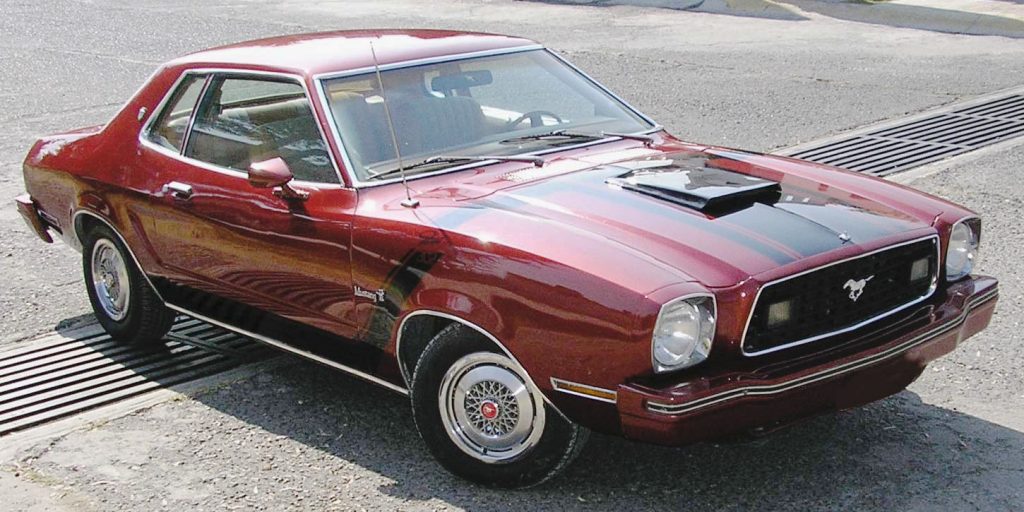 Earlier in the week, Autoblog published a piece by Murilee Martin (of 24 Hours of Lemons/The Truth About Cars fame) about one of Ford’s most unfortunate models: the Mustang II.

As sorry and unusual a car as the Mustang II was, being built on the same platform as the subcompact Pinto, its humble underpinnings were chosen with a noble goal in mind: weight loss. The first-generation Ford Mustang grew in just about every dimension during its 9 years of production, swelling from its lean, 2,500-pound starting point by some 800 pounds. The switch to the platform underpinning the Pinto meant that weight could drop back down to a more palatable 2,600 pounds.

“The bad news,” Murilee writes, “was that the Mustang II was, well, a Pinto underneath.”

According to him, the majority of Mustang II examples were had with the anemic, 2.3-liter I4, which produced somewhere around 88 horsepower. A 2.8-liter Cologne V6 and 5.0-liter Windsor V8 were available, but comparatively rare. For all intents and purposes, the Ford Mustang had become a small, underpowered, economical coupe with (perhaps disingenuous) sporty styling by Ghia.

The Ford Mustang II was only sold from 1974 to 1978, until it was replaced with the Fox-platform third-generation model. For many, it was a change of pace that couldn’t have come soon enough.