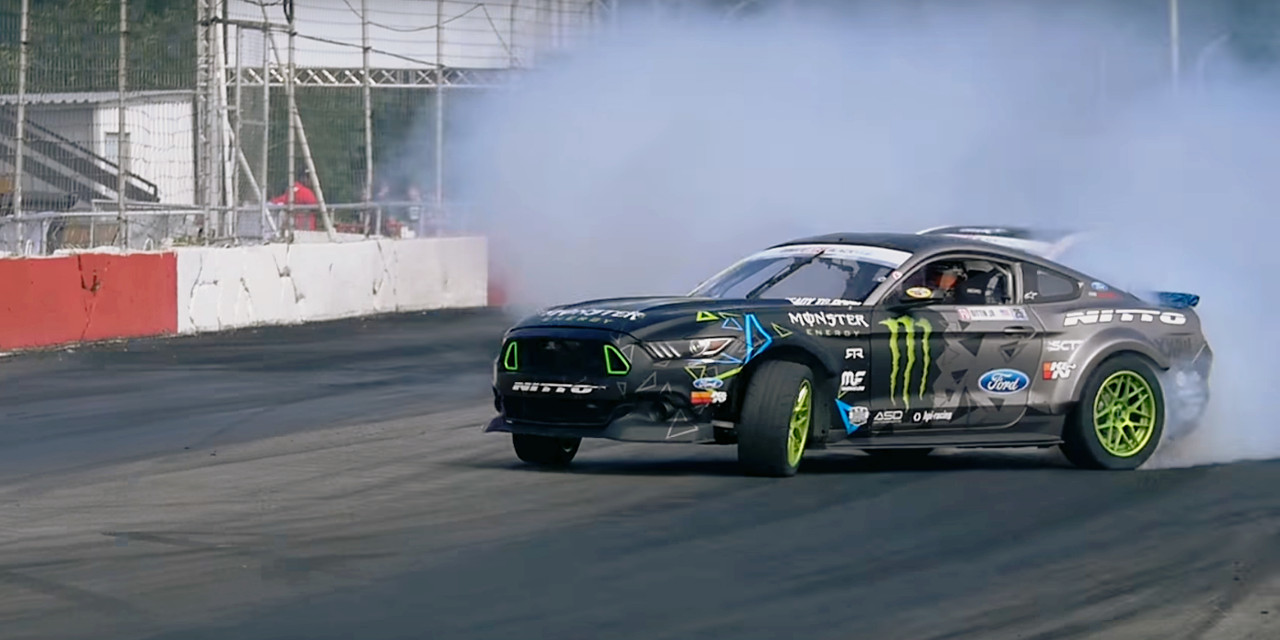 For many of us, sitting inside the cockpit of a dedicated, competition-spec drift car is a dream well outside the realm of attainability; this video tour of Vaughn Gittin Jr.’s Ford Mustang RTR is likely the closest we’ll ever get.

Gittin’s Ford Mustang RTR has enjoyed numerous triumphs in the 2016 Formula Drift season so far, putting the driver on the highest perch of the winners podium in two out of five rounds. Obviously, the team that designed and built it must have done something right.

In this video from Ford Performance, we get a firsthand look at the controls with which Vaughn Gittin Jr. interfaces every time he competes – from electronic shock controllers which allow for on-the-fly damper adjustments, to a carbon/kevlar racing bucket seat designed by Recaro. The driver’s competition-spec Ford Mustang RTR boasts other interesting features that you won’t find on your average production car, such as a switchboard with built-in circuit breakers for quick and easy resetting, and a collapsible steering shaft that’s designed to break out of the way if the car should ever be involved in a collision.