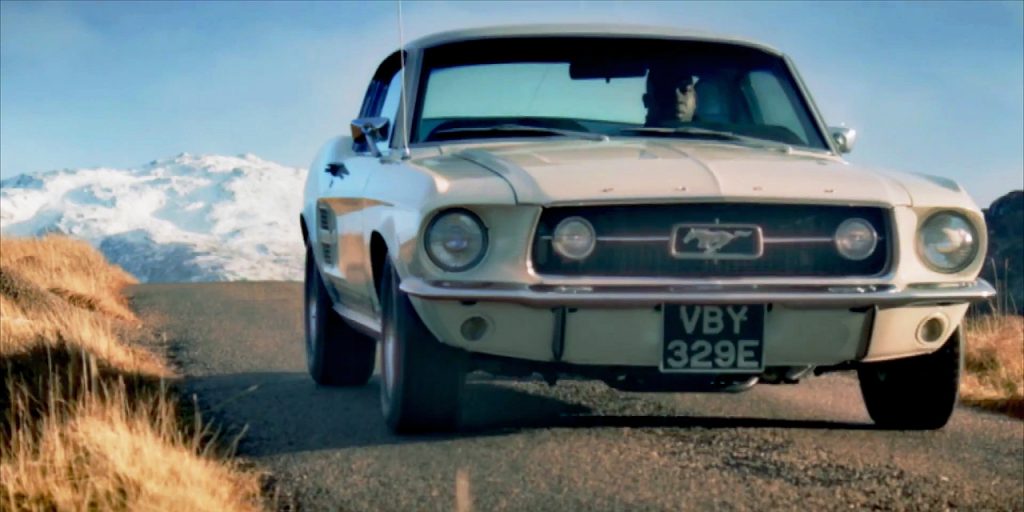 The BBC’s Top Gear has just about reached the last episode of the 23rd season, in which we watched an entirely new crew of presenters try and fill the hole left by the departure of Jeremy Clarkson, Richard Hammond, and James May.

Ahead of the sixth and final episode of the season, scheduled to air July 3rd, Top Gear put out this teaser trailer of Rory Reid driving an “original” Ford Mustang.

It turns out that people are very particular when it comes to the language used in identifying a Ford Mustang. For example, the title of this Top Gear teaser refers to the Mustang as “the original muscle car” – something that commentators have pointed out is categorically untrue, as the Ford Mustang has always been a “pony car” (with the possible exception of some big-block-powered variants).

More pedantic is how commentators called out Mr. Reid for dubbing the example in the film “the original Ford Mustang.” Although it’s from the pony car’s first generation, this particular car is from several years after the Mustang’s 1964 introduction (to us, it looks like a 1967 model-year car).

Regardless, be sure to tune in to Top Gear on July 3rd to see Rory Reid’s take on an American icon. We have it on good authority that the latest-generation Ford Mustang will also be present.