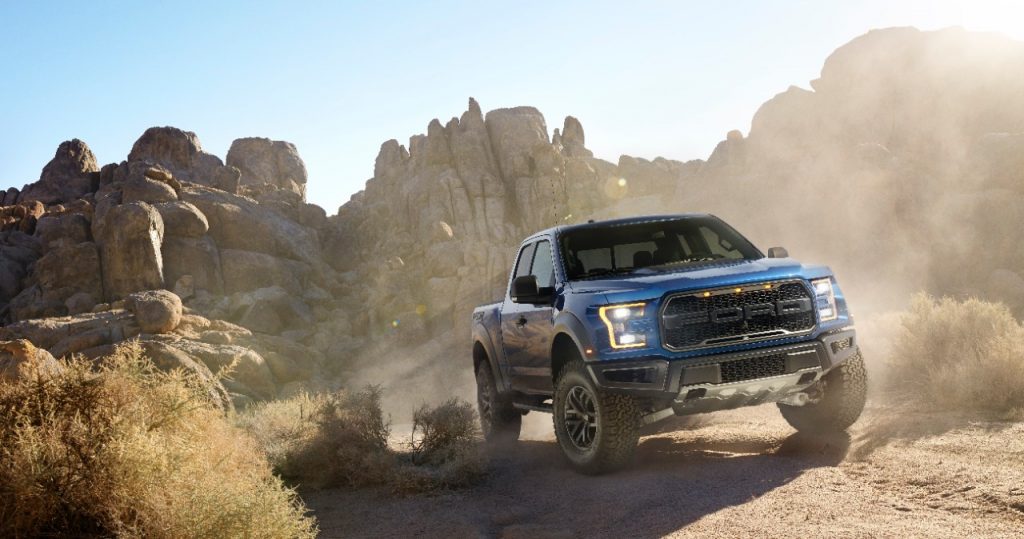 Lucky for all of us, Ford Performance is coming out with some truly great machinery of late.

At the lower end of the price (and performance) spectrum, there’s the Fiesta ST, Focus ST, and new Focus RS with its sophisticated all-wheel-drive system and 350 horsepower. At the top end, there’s the forthcoming Ford GT supercar. And somewhere in the middle are the Ford Shelby GT350 Mustang, and the Ford F-150 Raptor.

It’s those last two that we’re mostly interested in right now. With a starting price of $56,495 including destination, a 2017 Shelby GT350 will run just several thousand more than a base F-150 Raptor ($49,520), yet their respective uses could hardly be more disparate. While both are high-performance passenger vehicles, the Shelby GT350 is most at-home is on the smooth, well-paved corners of a race track. The Ford F-150 Raptor, meanwhile, begs to be thrashed along on unpaved desert paths and subjected to suspension-torturing rock crawls.

And perhaps that will turn out to be the deciding factor for people considering each of these high-performance vehicles. It could be said that the F-150 Raptor, although newer, less-expensive, and arguably niftier than the track-focused Shelby GT350, requires that the owner have access to some decent trails if he or she is to make full use of the truck. The Mustang can likely be used to a fuller extent on good old public roads.

At any rate, we want to know: which of these high-performance machines would you rather spend over $50k on? Would you have the most track-capable Mustang ever built, or the desert-racing-bred F-150 Raptor?

Which Would Make The Better Full-Size Bronco: The Ford Expedition Or F-150?