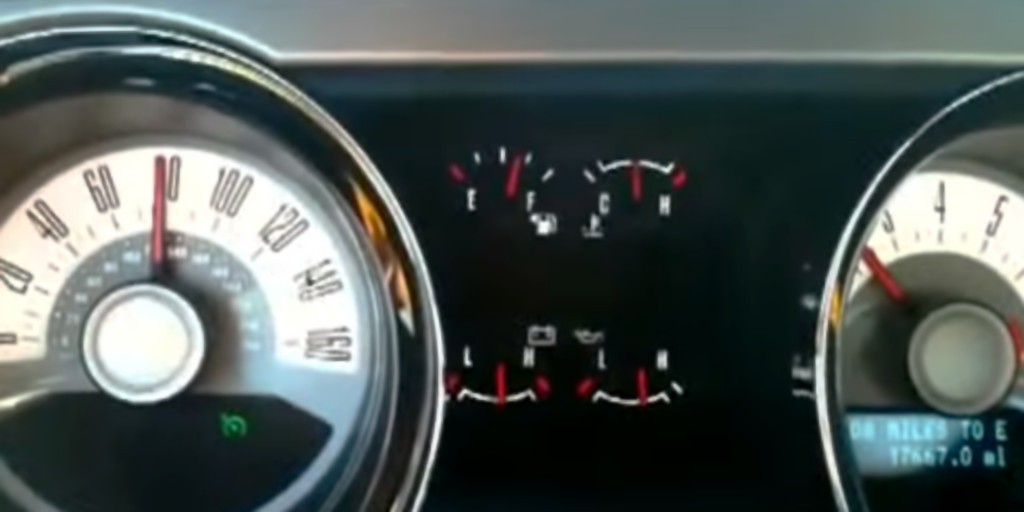 The video above is several years old now, but learning from someone else’s automotive mistakes will never quite go out of fashion.

In it, we get to see what might happen if a vehicle owner decides to remove the speed governor that originally shipped with their car, and accelerate it past the point of no return. In this case, we’re talking about a 2011 Ford Mustang V6, which was limited from the factory to a 112mph top speed. As you’ll soon discover firsthand, that governor was in-place largely to prevent damage to a driveshaft built for efficiency as much as (or more than) it was for performance.

Cruising at around 80mph, the powertrain of this V6-propelled Ford Mustang is perfectly fine. But as the owner accelerates from there, passing the 112mph “safe” threshold and blasting right on through past 135mph, the driveshaft is pushed farther than it was designed for, exploding with a loud “bang” that (according to the video description) takes out the transmission shifter and parking brake, punches a hole in the floorpan, does extensive damage the exhaust plumbing and muffler, and ruins some interior trim.

What we wouldn’t give to see a few pictures of the aftermath.

Be sure to watch the video above in order to see for yourself just how loud and violent a busted driveshaft is at speed, and remember: if you’re ever thinking of exceeding the built-in limits of a Ford Mustang V6 or any other factory road car, it’s best to give it a second thought.

(Thanks to Speed Society for turning us on to this video.)