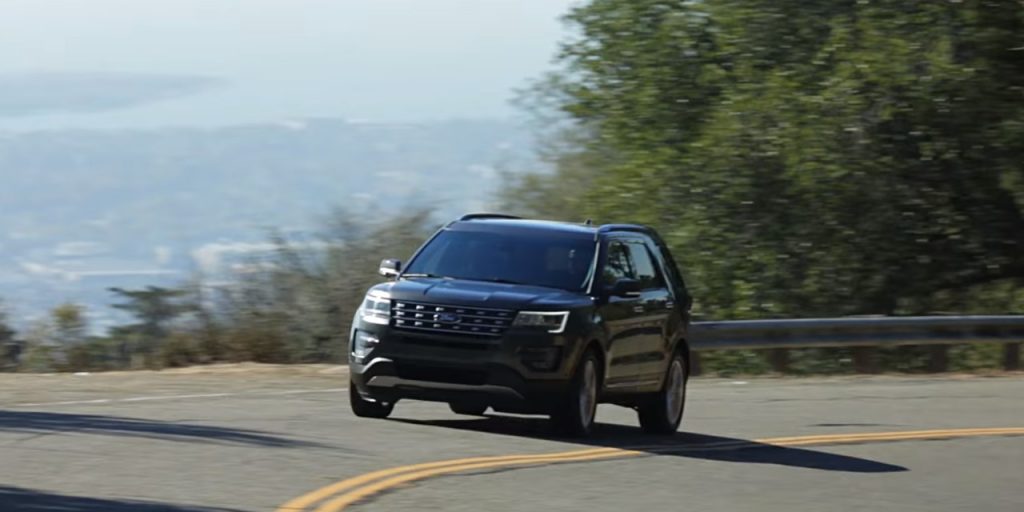 The Ford Explorer crossover SUV might not be all-new for 2016, but it has been the beneficiary of a mid-cycle refresh. The update brought with it things like a revised front fascia, LED low-beam headlamps, and a 2.3-liter EcoBoost I4 in place of the old 2.0-liter unit. The automaker’s latest SYNC 3 infotainment system was withheld until the 2017 model-year vehicle.

To show potential customers what life is like with the refreshed 2016 Ford Explorer, Ford put out this two-minute video in which we hear from real-life Explorer owners Kevin and Lindsay. The couple looks just young enough to be members of the Millennial generation – a noteworthy fact, as it’s largely been Millennials who have driven Ford’s recent sales successes in the SUV segment.

In 2011, the current, fifth-generation Ford Explorer became the first in the model’s 20-year history to be built on a unibody platform; previous models featured a more classic body-on-frame construction. This choice was made in the pursuit of a lower curb weight and superior fuel economy – attributes which are bolstered in the 2011+ Ford Explorer by the availability of two different EcoBoost engines.